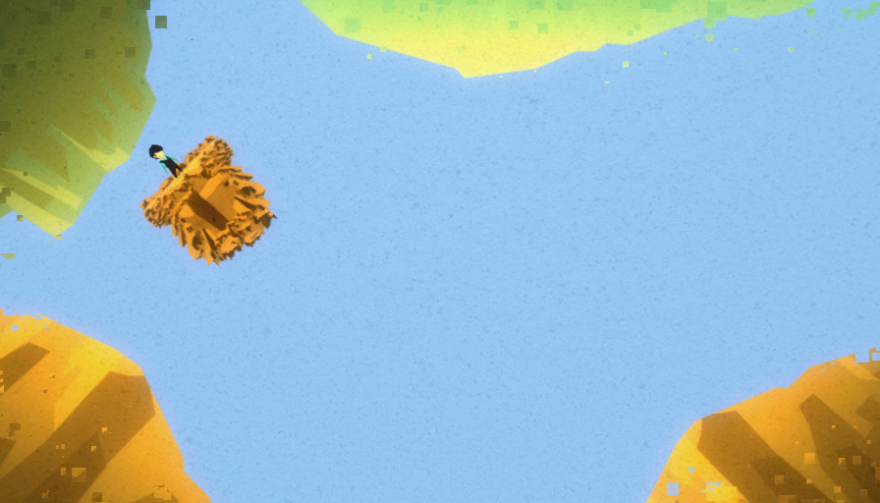 Logan Fieth might be a genius. He specializes in pushing the boundaries of perspective and screen wrap in puzzle design.

As a DigiPen student, he designed and programmed a puzzle platformer about a wizard who can control the boundaries of 2D worlds entitled The Fourth Wall. To traverse the sidescrolling levels, you have to use screen wrap by locking the screen in place, which can be done at any time.

If you’re not familiar, screen wrap is when you walk out of the right side of the screen and appear on the left, or fall through the bottom and emerge at the top. The Fourth Wall showed the first signs of ‘s keen understanding of manipulating perspective to create smart, but not obtuse, puzzles. If you don’t believe me, you can download it right here.

it’s ‘s brilliant level design that plays the role of the distinguishing quality.

He then worked within similar territory as level designer for another DigiPen game birthed that same year, 2012, called Perspective. This time the first-person view of a 3D world is locked into place at any point to create a flat plane that a 2D character can run and jump across. This game’s trick was forced perspective, and ‘s designs make this complex idea accessible and rewarding upon being toyed with. Again, if you want first-hand proof, here’s a Perspective download for you.

For his latest project, is taking his exploration of screen wrap puzzles in The Fourth Wall further in spiritual successor Four Sided Fantasy. It’s astonishingly easy to focus all your attention on Four Sided Fantasy‘s enchanting visuals, supplied by the new art talent. They play a big part in fleshing out its world, adding the intrigue of a businessman exploring a peculiar small town, keen to break the mundane rhythm of life in an office. But it’s ‘s brilliant level design that distinguishes the game.

The best material we have to fuel our projected hopes for Four Sided Fantasy is a trailer. It reiterates a few of the basic ideas found in The Fourth Wall, but there are glimpses at what else has planned for us in this journey through the potential of screen wrap.

While the main character stands next to a rocky pillar dividing the screen, the entire world tilts to a slanted angle, presumably changing how the screenwrap works if not the direction of gravity. There’s also a glimpse of how the screen can be divided, not just on the surface, but into multiple layers as the character jumps to the left to emerge on the right, shifting into the background in the process.

Clearly, despite the name, Four Sided Fantasy will explore more than just four sides. But here’s the kicker: Logan and his team are seeking $35,000 on Kickstarter to make Four Sided Fantasy happen. A game design magician may be, but he still needs to pay the bills to perform his fine craft.