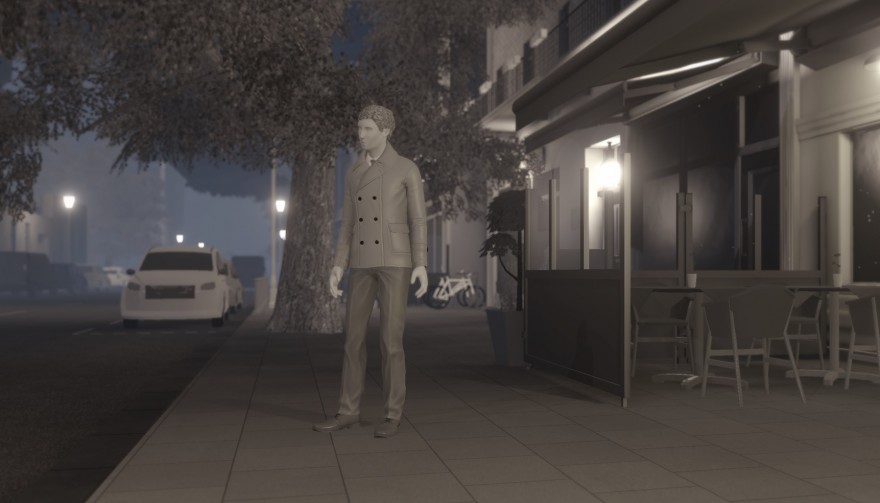 This is a complete coincidence, but a year ago—to this exact day—I reached into my gut to pull out feelings I’d forced to exist down there for a long time. Today, I’m doing the same, as I wrote about Fragments of Him then, and I’m doing the same now. It’s a first-person drama that explores how a guy’s death affects the people closest to him. For me, it’s a narrative with a personal sting, due to my two-year-old brother dying when I was four, and consequently having to watch as my parents somehow dealt with that for the next 20 or so years.

Last year, I was putting down my thoughts after having played a build of Fragments of Him at GaymerX. This year’s occasion is that it has been announced for Xbox One as well as PC, and with that comes a new trailer. It’s a chance to see how much further along Fragments of Him has come in that time. And it seems that its creators have managed to find a way to drill further into my guts to get at the core of my repressed anguish.

It turns out that a year ago (and in the original game jam version of Fragments of Him from 2013) on show was only a quarter of the whole story. Now, with this new trailer, we can see the whole picture. Previously, the story focused only on Harry, who is the grieving boyfriend of the deceased Will. We saw from his perspective as he found reminders of his partner’s absence all around their flat: a missing toothbrush, a half-occupied bed, wispy memories of conversations. Out of all the people affected by the death, this is probably the most painful, and it made sense for that reason to eviscerate all the emotion contained within.

a first-person game about third-person feelings.

But Fragments of Him has seen its perspectives multiplied by four in order to more fully explore how great a resonance a single person’s death has. That is what the game’s creators say is the main goal: not to necessarily feel sorrow ourselves, but to perhaps better our empathy by experiencing it in others. In a way, it’s a first-person game about third-person feelings. To this end, we’ll also see through the eyes of Sarah, who is an ex-girlfriend who later became a good friend to Will and Harry. She presumably has to deal with the loss of a friend and former lover, and also trying to comfort another of her friends, who is the partner of the deceased. That’s a lot to take in.

Another we’ll zoom in on is Mary, who is a grandmother—presumably to Will—who is said to feel alone and betrayed by a society she barely recognizes. What may be interesting here is how the death of someone so young affects how a person of old age views the entire world. As we age it does become less familiar and in that transition there are events that may seem routine (or at least accepted as part of life) to the youth that are absurd and even cruel to the their elders. There are hints here that the accident that led to Will’s death that causes her to regress further from everything outside her own home, where she can preserve time and her memories.

So who’s the fourth perspective? It’s not stated as of yet. But perhaps that’s for good reason considering that there’s also an element of murder mystery to the game as we piece together the final moments of Will’s life. If I was to guess I’d say it’s the person who caused the accident that led to his death. This angle is interesting to me as I remember being knocked over by a car when I was seven, and my mum telling me how the guy driving the car was really shook up and refused to drive for months, while I got off with grazes. Being told that made me a lot more considerate about how careful I was in life, not just for my own health, but to try to ensure my clumsiness didn’t impact negatively on others.

Fragments of Him will be available on PC and Xbox One in 2016. You can find out more about it on its website.