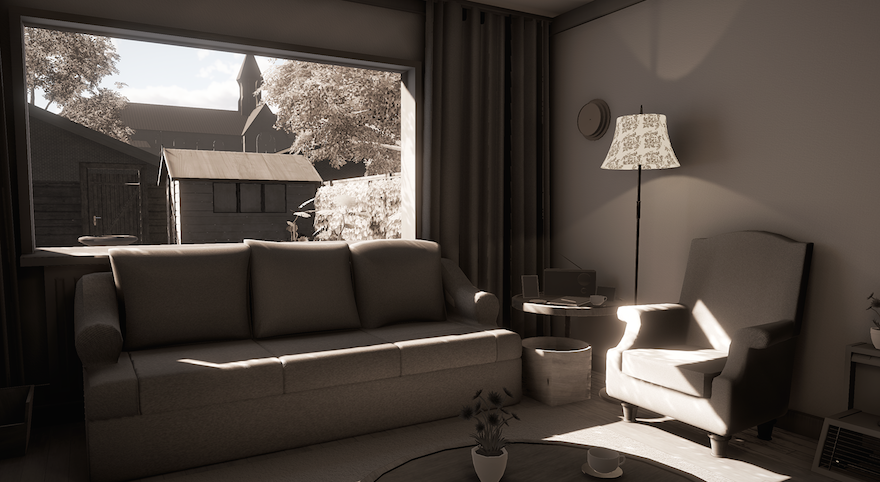 Title:
Fragments of Him

It is very, very hard to talk about death and grief without falling into platitudes. But we have the elegy to save us from the cliché—that form of poem or writing that seeks to capture the abyssal depths of the writer’s despair over the absence of the departed and impart some singular meaning to that life and its end. Take, for example, the nineteenth-century poet, Alfred, Lord Tennyson, who wrote In Memoriam, A.H.H. (1849) in response to the sudden death of his closest friend and future brother-in-law sixteen years earlier. The book consists of over one hundred and thirty smaller poems—called cantos—that rove without any real structure over a number of topics: from the merest lament over physical absence to an examination of how loss can be reconciled with Christian belief. In form, In Memoriam is emblematic of a particular kind of mourning: there is no set agenda, no argument to be parsed out, just a scattering of images and ideas that, taken together, impart some sense of the person lost and the feeling of loss itself. “That loss is common would not make / My own less bitter, rather more: / Too common! Never morning wore / To evening, but some heart did break.”

Other elegies are more particular. They speak of death and grief obliquely, referring often to time—when lilacs last in the dooryard bloomed (Walt Whitman)—and location—when walking down the sunny pavement of Greenwich Village (Allen Ginsberg)—in order to fully map out the terrain of loss. In essence, poets find every possible permutation of the rote phrase, “she died,” because that phrase lacks (or is superfluous in) the particular connotations that the mourner is trying to bring to it. But even elegies fall into cliché—“’tis better to have loved and lost / than never to have loved at all” comes from canto 27 of In Memoriam—and so we keep writing them.

This is not passive, second-hand observation, but active participation

Fragments of Him is in this tradition: a videogame spent exploring and elegizing the life of a young man named Will through the memories of his grandmother, an old flame named Sara, and his boyfriend Harry. Originally conceived three years ago as a small experiment in interactive grief, Fragments has since grown the wings and talons of a fuller experience: framed by the narrative of the departed’s past and the effect that death has on his loved ones, the game functions as an elegy for Will through the experiential element particular to videogames. That is, when his grandmother waxes nostalgic over the preschooler Will, the player is literally brought back to that sunny morning and builds marble mazes with the pair. When Sara reminisces over the beginning of her relationship with Will, the player stumbles through a campus pub with her. This is not passive, second-hand observation, but active participation: the small, mundane moments of life are dredged up and given a vibrancy that is meant to contrast poignantly with Will’s death. So far so good.

But what marks Fragments as distinct—as, partly, in poetry—is its reliance on metaphor: the constituent parts of these memories are the physical objects the player interacts with, but they come to stand in for the personal, emotional connotations that accrete upon all of our things. The bear in Sara’s dormitory is not just any bear, but the bear that was given to her mother by a co-worker, and which has accompanied that young woman through her early romance with Will. The player’s interaction with objects is the only way of progressing the story—by laying down one toy after another, the player triggers the next segment of dialogue, tying these more tangible representatives of Will’s life to the intangible elements. Will’s books come to represent his presence in the way, that possessive adjective—his books, his clothes, his picture—speaking not merely to the fact that they are owned by him, but that ownership’s corollary: that they represent some essential quality of the character through that possessive relationship. “Dark house, by which once more I stand / Here in the long unlovely street, / Doors, where my heart was used to beat / So quickly, waiting for a hand” (canto 7). You shall know a man by the contents of his bathroom, and the singular grief of a single toothbrush.

And just as it is hard to talk about death without bromides, it is hard to conceive of a life without the quotidian: playing through Will’s last morning is marked by the overwhelmingly mundane details of making tea (the game is set in England) and cereal, of showering, of brushing teeth and putting on deodorant—all the while listening to his thoughts as he plots marriage and chafes against the very idea of a routine. Flashbacks from other characters’ perspectives leap in, interrupting the morning’s ablutions with the story of a first date, or a past discussion of Princess Diana’s divorce from Prince Charles (again, the game is set in England). In essence, the game relies upon a superfluity of mundane items—towels and tea—to transmit the day-to-day reality of the man’s life. There’s nothing particularly special about that life—but that contradictory structure (uniqueness out of ubiquity) is what makes Will real enough to mourn.

The game, in essence, relies upon this “and, and, and, and” structure, the player piecing together shard upon shard not to put back together that which was broken but to understand what it looked like in the first place. Going through the morning’s routine with Will and Sara and Harry, clicking on object after object to propel breakfast, and the layout of a dorm room, and a pub, and a comfortable, sunny flat is meant, however disjointedly, however obviously, to bring the player into a sense of intimacy Will through the people and objects that yet remain. The second half of the game then tears this metaphor apart: the repeated removal of furniture and books and pictures only serves to create an absence that speaks of the departed just as clearly as their presence did.

It is in the living to try nevertheless

When taken out of ourselves, we are just such an accumulation of details: people, characteristics, places, memories, and so on. Anyone can go to University; only, Will went to the University of Manchester. Anyone can have a boyfriend; only, Will’s was named Harry. Fragments is predicated on the utterly pedestrian—and yet utterly true—idea that those constituent elements can be pieced together to form something of a cohesive narrative, even if the gap between what the player experiences while witnessing Will’s thoughts and what can be reassembled from the other characters remains insurmountable. But it is in the living to try nevertheless.

At the end, the sentiment is Hallmarkian—grief wrapped up in a tiny bow, the image of a sole figure walking down a path alone, wounded yet whole, and a group hug representing solace in a communal grief—and the writing is, at times, tedious. The constant clicking of object after object can be repetitive and their significance can be, at times, bromidic: Christmas is always special, and every first, doomed love always evokes Romeo and Juliet, and every love was absolutely worthwhile, and so on. But we can never quite escape cliché: platitudes are common because they are absolutely transparent, easily familiar, readily comprehensible. Loss is readily, almost preternaturally, understood by virtue of its ubiquity—even as elegies try to dodge bromides while guiding the reader across the ragged contours of a particular grief. At its best, Fragments of Him says, “No, you really don’t understand. Let me show you.”