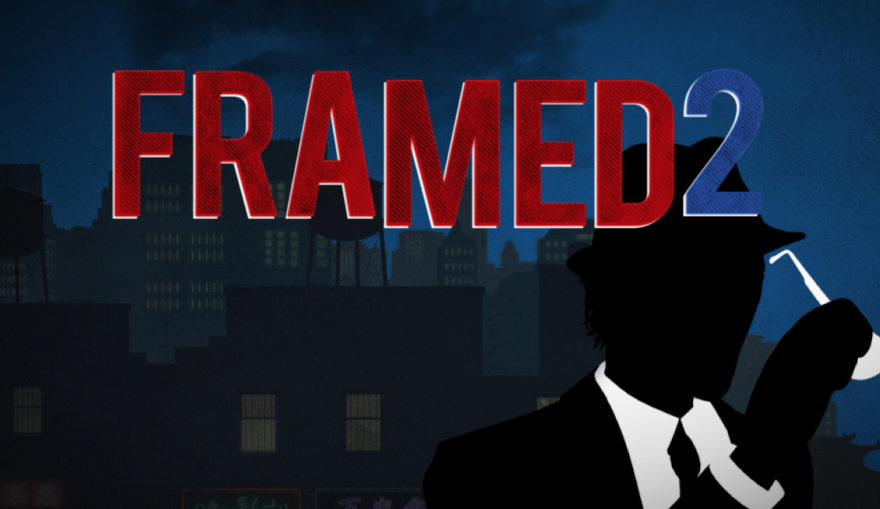 Acclaimed noir puzzle game Framed was touted for its ingenuity, taking elements of comic-book panel design and implementing them into its videogame format. Much of the story, then, existed outside of Framed‘s panels, allowing players to fill in the blanks. Lead designer Joshua Boggs attributes this idea to Scott McCloud’s Understanding Comics (1993): “The level of detail and investigation [McCloud] does in Understanding Comics was absolutely pivotal for Framed, and still is to this day.”

Announced last week, Framed 2 will be released in early 2017, acting as a prequel to the first game. Panel switching is an important element in Framed 2, too, but it won’t be exactly the same. “For Framed 2, we’ve taken a clearer and more deliberate approach to framing the narrative,” Boggs said. Art director Ollie Browne continued: “The learning process of the first game allowed us to really stretch ourselves without worrying that we would run into difficult technical or design problems like we often did with the first game.”

Much of the story existed outside of Framed’s panels

Framed was first designed using scraps of paper to figure out the actual puzzles. In Framed 2, Loveshack took this to another level: the team designed almost the entire game on paper, first, before actually getting started on the technical side. “This way, we could play the entire game as a ‘mock-up’ and make adjustments before committing to the content and starting very time-consuming animation, art, and music creation,” Browne said.

Those attending the Melbourne International Games weeks activities set for October 31 through November 6 will be able to experience Framed 2′s new location and new story a bit early. 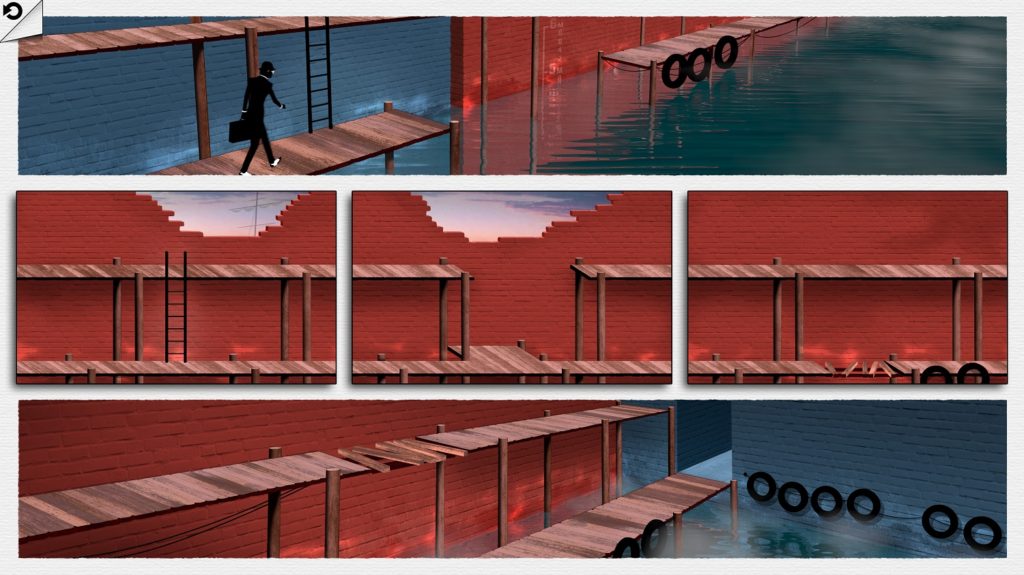