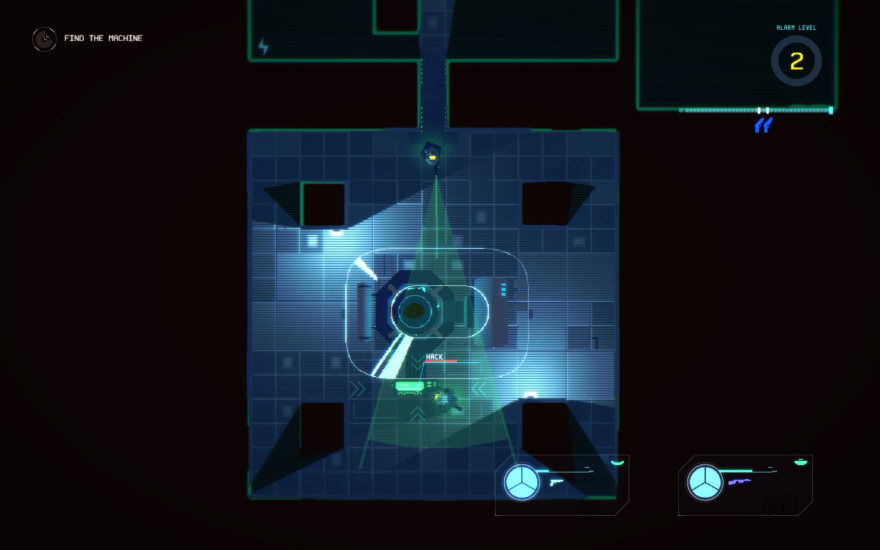 The stealth strategy game Signal Decay, previously known as Squad of Saviors, has just made its way to Steam Greenlight. The premise is simple: you wake up one day and the rest of the world has come under the sway of some indomitable evil, so it’s up to you (and up to three of your friends!) to save humanity. Simple. But Signal Decay’s not content to just send you into the shadows and have that be that.

Instead, Signal Decay takes relatively overdone tropes—cyberpunk world, mind control radio, lots of lurking around—and turns it into a strategic experience not unlike XCOM (2012) or Monaco: What’s Yours Is Mine (2013). Described as “stealth action meets rogue-lite,” Signal Decay merges co-op play with intense tactical obstacles, forcing all players to work together in a way that’s a little more advanced than cussing over group chat.

The bases that players will have to infiltrate have reactive defense systems that trade off short-term effects for longer consequences, forcing players to choose their moves carefully in case they incapacitate their team unwillingly after some time has passed. The “rogue-lite” label hints at Signal Decay’s procedural generation, which promises to keep the game replayable for any combination of players.


Though their newest trailer is only a few days old, Signal Decay has already had its share of recognition: finalist at the Independent Games Festival China in 2015, and part of the official selection at this year’s Pax East and Indie Prize, as well as a nomination for “Most Innovative” at Indieplay. It’s been in development for a little over two years, and a postmortem posted on the devblog last June elaborated on what issues often came up, as well as giving an early preview of the pretty digitized graphics that make the current build look so striking. While the early prototype was mostly blue, the newer version uses a whole range of bright colors to mark the player, partners, and enemies as they sweep across the screen in swathes of light, only accentuated by how stark the top-down format looks against a black background.

A week into their Steam Greenlight campaign and Signal Decay are already very popular, with a solid majority voting positively, but there’s still a long way to go before it can see the light of day. Early Access is planned for late 2016, and for now, you can vote them up so that someday your creeping cybernetic rogue-lite dreams can become reality.