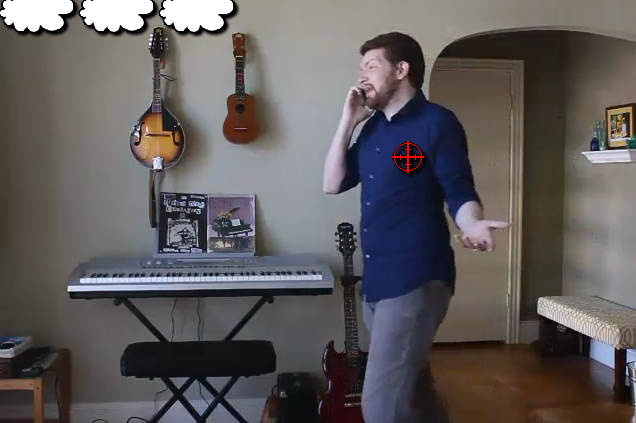 The new viral advertisement game for Frog Fractions 2‘s Kickstarter campaign cannot—will not be topped. Kickstarter Simulator 2015 is both a satire of all the cheesy, terrible, and maudlin pitches we’re accustomed to, and also the finest example of one yet. It is a terrible idea of terrible ideas, a FMV shooter where you zap the devs at Twinbeard as they brainstorm dumb ideas and consider eating spoiled jars of salsa. If you’re wondering “What is this game about amphibian math?” well, I’m not even sure the guys making it know yet. But the original web game was just as absurd as this campaign.

You can shoot some sense into the devs here.