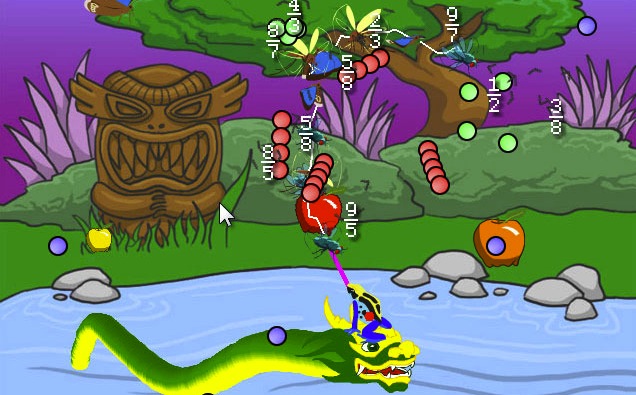 The first thing you notice in the announcement video for Frog Fractions 2 on Kickstarter is the Frank Zappa level of oddness about it. The second thing is that there is no footage of the proposed sequel to the Internet sensation Frog Fractions. It could be anything. But you already expect this if you played the original Flash game, which defies explanation and if I knew how to tell you, I couldn’t anyway, because: spoilers.

Judging from the title you’d think you’d be safe in assuming it will still have frogs, and fractions; but if you read the fine print you discover that actually won’t be called Frog Fractions 2, so who knows. But the stretch goals give you some idea, maybe? Rock Band mic support. A sweet gravity gun. You get the feeling they have the feeling they won’t reach the $350 thousand dollars required for Oculus Rift support.

The original Fractions was brilliant because it snapped your expectations like a bluesman snapping his fingers, which is to say repeatedly. The question is how will a game that was basically a joke—a good joke, but a one-time joke for 15 minutes—work as a $60 thousand dollar game. One hundred percent of the charm was in not knowing that the gags were coming, so it will be curious to see where Twinbeard goes with it now that we’re expecting a punchline.