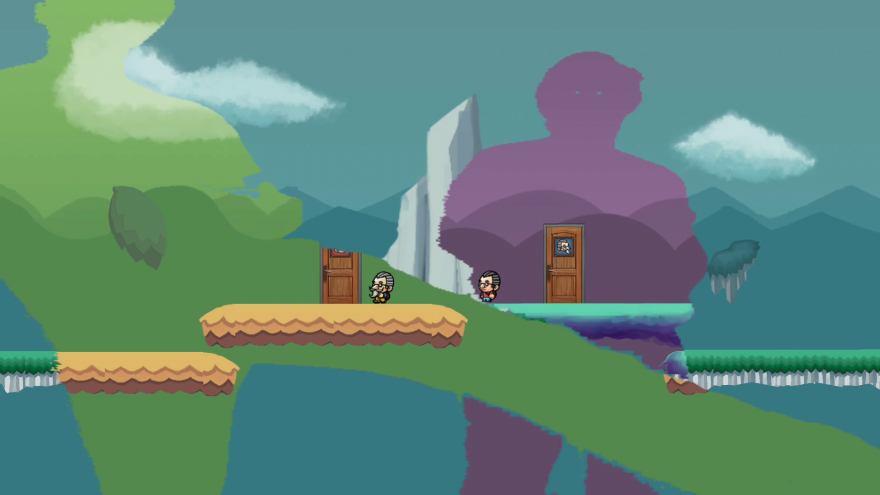 The post-structuralists call it “The Death of the Author,” the process by which a creation is divorced from the intentions of its creator and often becomes something else entirely. That’s what worries Mattia Traverso as he explains his creation, FRU, to me, bathed in the neon green light of the Xbox booth on the floor of E3. Perhaps the most promising ostensible party game demo on floor of the vaunted West Hall is not meant to be a party game at all. “It would be hard,” Traverso told me, when I asked him for his reaction if FRU, the inaugural effort of Through Games, became popular—famous even—for the innovative ways in which it forces players to contort themselves into collaborative Twister-like poses in order to reveal hidden level elements and solve puzzles. Watching people demo the game I understood Traverso’s anxiety. FRU looked like a party game, albeit a good one, and people were treating it that way.

Like several promising E3 2014 game builds, this one came from a game jam. Traverso and six other students at NHTV Breda University in the Netherlands entered FRU in the Global Game Jam in January of this year. “The first 12 hours were desperation,” said Traverso, explaining that his team struggled to think of an idea for the competition. It wasn’t until late in the jam that someone came up with the idea of using the Xbox Kinect camera to make the silhouettes of players’ forms into a sort of puzzle game modeled on Tetris. In its current version, FRU uses the Kinect camera to project multicolored silhouettes on top of Braid-esque platformer levels. The projected forms then act as portals, so that players don’t so much interact with the game’s environment as embody an alternate world within it, or sort of “behind” each level’s surface appearance. (The name of the game is what Traverso, an Italian native, sounds like when he pronounces the English word “through.”)

But for all its potential for social interaction, the developers’ conception of FRU is deeply introspective. “It’s about finding a world inside yourself,” Traverso told me. And this is what FRU does, quite literally. Can’t reach that key on a ledge up there? Position your body/portal beside the ledge and a series of floating islands will appear within, giving you access to the previously inaccessible. Of course, what this innovative mechanic gives it can also take away. If you’re on a platform within the shape of another player who moves away, or sneezes violently, or trips, you’ll suddenly find yourself suspended in space, and shortly after that you’ll be starting all over again.

It’s a great idea. So good, in fact, that it may be hard to get people to see past it to focus on the actual game. And watching it being played is one of those experiences that sets the mind reeling with the possible permutations and uses of the fundamental mechanic on display. Many of the ideas that occur most readily are pretty “party game-y.” Traverso insists, however, that the game is fundamentally a story-based experience, which is another way of saying that FRU is fully a videogame-as-expressive-medium project and not just a clever mechanic slickly packaged. And without giving away sensitive details, when he explained the team’s vision for what that story would look like, and how the body/portal mechanic could be woven into and utilized by that story without coming to dominate it, his explanation didn’t just sound plausible, but kind of wonderful. It would be a shame to see that vision drowned out by a party.