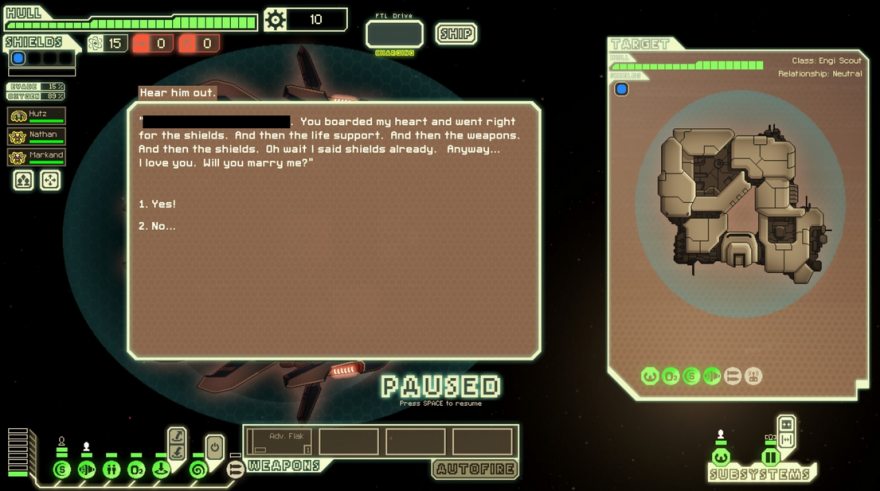 Maybe I just have a soft spot for love letters and roguelikes, but this proposal in FTL: Faster Than Light is kind of beautiful. A Redditer going by the name oft_wears_hats is now a happy fiancé after patching his girlfriend’s copy of the game with a dialogue tree in which a the man of her dreams boards her ship and asks her to marry him. She said yes, of course, or else this story would be sad and we’d not be posting it: Man gets rejected in FTL just doesn’t have the same ring.

We’ve seen sweethearts popping the question in games before. There was this one in the mobile puzzler Dots. And we have a great feature about when Mike Mika, the designer of the Game Boy Color version of Klax, hid a proposal in that game. But we rarely see such a thing in a demanding and complex game like FTL. We give both of them props.

You can read the entire proposal here, and I suggest that you do.