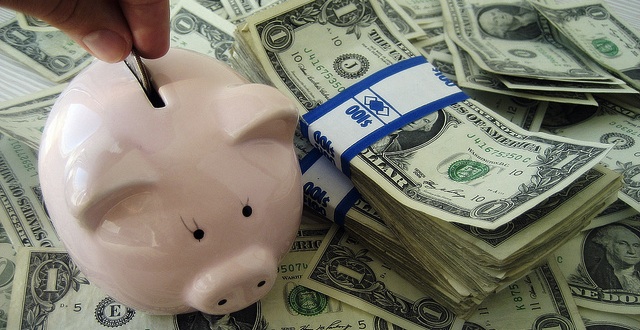 A couple of years ago, I was working on a story for Fast Company on Seamus Blackley, the former physicist-turned-Xbox-evangelist-turned-talent-agent. In his role at Creative Artists Agency (CAA), one of Hollywood’s biggest and most powerful agencies, he was tasked with representing videogame designers and setting up deals to fund their next projects, or negotiate better contracts with their bosses. Good agents are a type of rain dancer, coaxing the gods for healthy returns and prosperous seasons.

But there was a snag.

Despite the agency’s reputation, as well as level of talent (it represents bigwigs like Vince Zampella and Jason West, the jilted heads of the Modern Warfare franchise at Infinity Ward), it was often difficult to convince those wealthier parties like angel investors or entertainment-driven funds to invest in games, specifically those that were outré or unconventional.

There were two reasons for that. First, there are few titans of industries in games the way there are in other mediums. Even successful game makers (and their Silicon Valley brethren) are still quite young. Other industries have aging scions who are willing to invest tens of millions into creative projects just for the hell of it. (Think of Ruth Lilly’s $200 million donation to Poetry magazine.) The game industry wasn’t going to look like Hollywood for quite some time.

In other media industries, fans often glom onto creators. They trust directors or artists or musicians as much as they trust franchises.

The second roadblock was a bit more nuanced. Sophisticated investors don’t like risk, and game development is as risky a process as it comes. If a film director brings back a terrible cut, one can still re-edit or replace the director mid-shoot. The difficulty in building games is their iterative process, and often the fun and enjoyment emerges very late in that process. While films produce raw, unedited footage known as “dailies” that can be reviewed, games come together in a more piecemeal and obtuse fashion. Part of the reason the game studios don’t show off content until debuting trailers at big conferences is that there may not be much to show that would make sense to the everyday consumer. There are disparate art assets, engine modifications, voice talent sessions—but nothing that one could cohesively call “a game.”

But Blackley, knowing game design from his tenure at Looking Glass and building the Xbox, countered that in the hands of the right architect, games become a much safer proposition. In other words, if you can’t trust the process, trust the person.

Last week, the internet was abuzz with the rapid ascent of Double Fine studio head Tim Schafer’s Kickstarter project, Double Fine Adventure. There were no images shown, no tech demo to boast of. It was just Tim, and his record of fan-favorite creations such as Grim Fandango and Day of the Tentacle, on display. The project generated $1 million in less than 24 hours and is on its way to becoming the most successful Kickstarter project ever.

I learned of the project while I was boarding a red-eye back from Las Vegas where I was asked to speak at a conference called D.I.C.E. (Design, Innovate, Communicate, Entertain). If you haven’t heard of it, you probably should. It’s about $2,200 a head and boasts some of the biggest names in the traditional game industry. If the Red Rock Casino, Resort & Spa became the site of a giant sinkhole, the most important minds behind The Elder Scrolls V: Skyrim, Arkham Asylum, and StarCraft would all disappear.

Earlier that day, Michael Pachter, an analyst for Wedbush Securities, had in a panel titled “Is the Publishing Model Broken?” announced that the “finance guys have taken over,” bringing long-term consequences to the traditional videogame industry. He pointed to the rash of sequels announced for 2012—like Halo 4 and Borderlands 2—as a sign that publishers were no longer taking risks. As if to punctuate his point, less than a day later, sales were announced for January and core videogames (those on consoles like the Xbox 360) had crashed by 34 percent. A couple hours later, Double Fine announced its Kickstarter project.

So what does this all mean? Well, we should be very clear about what Schafer and Double Fine’s fortunes do not say. I feel strongly about these. So strongly that I will resort to bolding.

Crowdfunding will not kill game publishers.

While exciting, crowdfunding alone will not take down big publishers and is only one of several disruptions to how we get games. Two million dollars may seem like a lot to your everyday game consumer, but remember that the average salary for a videogame maker is around $85,000 a year, and including all of the other things that make a company of 30 work (utilities, healthcare), that $2 million can disappear quickly.

We should be thinking of Kickstarter as a complement to the traditional games industry, not something that will supplant it entirely. Yes, publishers hate taking risks, but we’ve seen plenty of indie successes (Bastion, Flower, Limbo) come from the normal channels. It might be rare, but it does indeed happen.

The more game designers step out from behind the curtain, the better off they’ll be.

Look at Schafer and Double Fine’s “pitch” about what the game would be about:

Other than that it will be an old school adventure, we’re not sure. That’s the beauty of it! Everything will unfold in front of the cameras with help from you!

Think about this. A million-plus dollars from more than 50,000 people based on no screenshots, no trailer, no feature set. Chris Baker, a Kill Screen contributor and senior editor at Wired, had a telling tweet: “Gamedevs—Easy tips for recreating Schafer’s Kickstarter success. 1) Make hilarious influential game 2) Make twelve more 3) Leverage your rep.”

Baker’s point highlights something important to remember. Schafer previously had the blessing of big publishers like LucasArts and Electronic Arts, and was able to use the success of their investments to leverage Kickstarter well. The comedian Louis C.K. had similar “backing” from NBC and FX, who gave him a stage to show off his talents to a national audience. He then used notoriety to sell more than $1 million in sales for his Beacon Theatre show in New York City.

But the one thing that Schafer and C.K. carry with them? Their rep! New tools like Kickstarter, PayPal, and Square are allowing those with homegrown audiences to fund their ventures based on something simple: trust.

Game designers need more visibility for precisely this reason. In other media industries, fans often glom onto creators. They trust directors or artists or musicians as much as they trust franchises. In games, however, franchises are king, and while designers like Tim Schafer have years of titles built for publishers, they usually can’t carry those with them to new ventures because they don’t own them. Musicians, for example, often fight for the rights for their master recordings; this almost never happens in games.

My hope has been that game designers start thinking more creatively about their personalities and pursue independent opportunities. Watch the Kickstarter video for Double Fine’s project. It bristles with Schafer’s character, and you get a better sense of who he is as a game designer and ultimately as an artist.

Games need to become a project-based ecosystem rather than a company-based ecosystem. Rather than company men, game designers must become true creatives, and Schafer’s Kickstarter success is a promising first salvo for that future.

Schafer has a solo reputation, but what’s missing from the conversation is the size of Double Fine’s team. It’s a company that has already produced several high-profile games. Part of Kickstarter’s early mythology was that it was allowing individual creators to fund their dreams. I think that’s fueled the perception that Kickstarter is a charity (see Portlandia‘s treatment, for example).

But Double Fine is already an established entity. Its last game was released for the Kinect and the studio has worked with major publishers. We wouldn’t gawk at a company of that size using business resources like Basecamp or Salesforce. We should be thinking about Kickstarter exactly the same way.

Blackley and CAA were prescient in identifying that the future of games lies in talent. The bigger the names behind the screen, the brighter the future for experimentation and creativity. Schafer’s project moves the ball forward.

Imagine how many game designers, whose talents, livelihoods, and intellectual property are locked up at that employer, hoping for a day when they can turn their hard work and private reputation into something more. It appears that future is finally starting to arrive.

(In the interest of disclosure, Kill Screen was founded on Kickstarter and is in the midst of its own campaign to bring NYC’s best indie games to San Francisco. You should come. I am also friends with Kickstarter’s cofounders.)