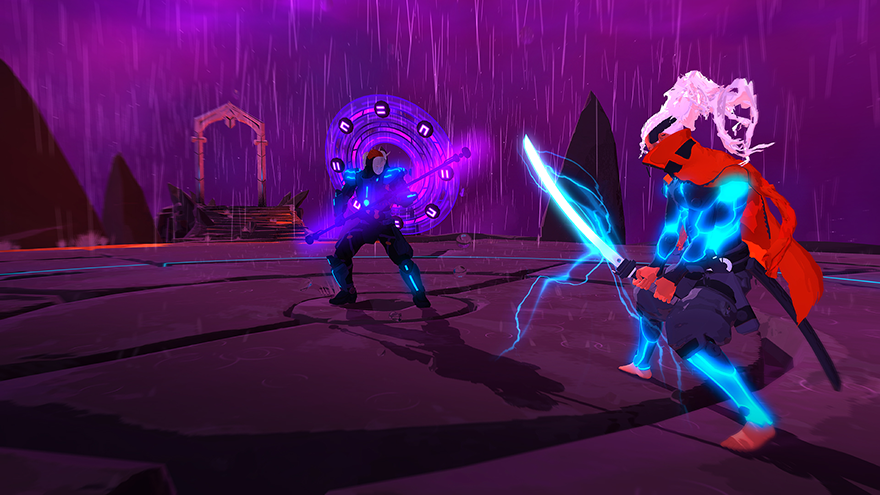 I’ve been listening to instrumental electronic music for over 20 years, and the most frequent refrain I’ve heard from skeptics is that house, techno, and any number of subgenres is just “too repetitive.” It’s a complaint that I have a difficult time responding to. It’s true that a lot of electronic music is founded on repetition, with entire tracks constructed via loops and samples on step sequencers. But the line between quantitatively defining repetition and qualitatively proclaiming something as “too repetitive” is a matter of personal taste. I always liked the way beats and samples could gradually fold into one another over the course of a track, subtly shifting modes and reverting to previous patterns. With dance music, there’s a play between predictability and defied expectations. The bpms are constant and the 4/4 structure makes it easy to tell when change-ups in the track will occur, but what they are and how they’ll be implemented still leaves room for experimentation.

“Excellence is not an art, it’s pure habit. We are what we repeatedly do.” That’s a quote spat at you from The Edge, one of the boss characters in Furi, after he knocks you off your feet with a fierce katana strike, and watches you struggle back upright. To defeat The Edge you must learn his patterns and counteract them, and the only way to do that is through repeated failures. The Edge’s words are as mocking as they are true. Furi is hardly the first game to employ rinse-and-repeat pattern recognition as its key to player success, but the game fully embraces its repetitive tendencies and turns them into an asset.

Furi is a game of boss battles arranged around the paper-thin premise that you have been wrongly imprisoned (or so The Voice, a man in a rabbit mask, tells you) and must fight your way to freedom through all of the people that locked you up in the first place. You play as Rider, a stone-faced Tron ninja that can teleport-dash, shoot a pistol, and swing a sword. Each boss encounter takes place on its own floating, circular arena while combat appropriates some of the more demanding elements from other action games and asks you to perform them all simultaneously. Imagine the pixel-perfect dodging of bullet hell space shooters, the rapid-fire gun/sword swapping of Devil May Cry, and the crackerjack timing of fighting game parries all rolled into one. Furi is not an easy game.

What makes the difficulty in Furi unique is that your success is entirely based on execution of the right maneuvers at the right times. There is no inventory, no upgrade path, no power-ups or better weapons. Repetition in many games is about grinding—making an arbitrary number increase to a point where new abilities magically unlock. Any practice you might accumulate during the grind is secondary to that other more abstract goal. Furi demands that you practice and improve—you, the player, not your avatar. The protagonist, Rider, is a silent, shell of a character, nothing but a stylish conduit for your actions. 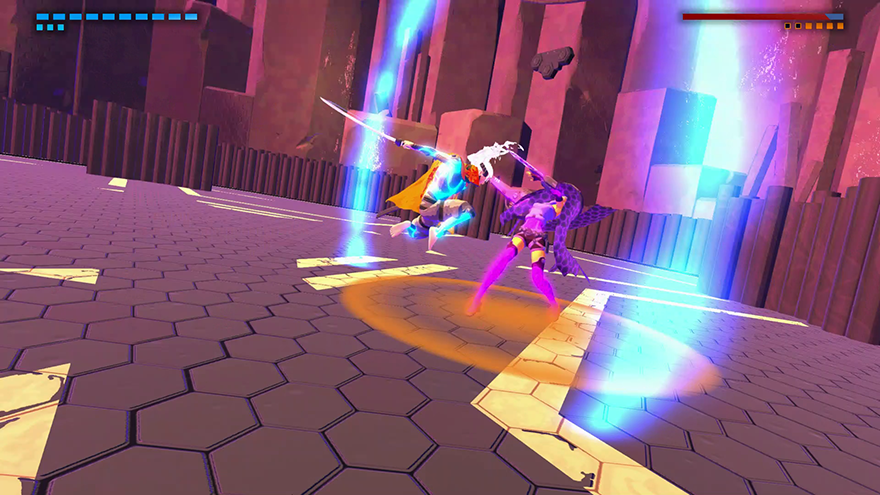 After beating the final boss, I immediately jumped back in to replay the first battle as a test to see how much better at reading the game I’d become. My first time through, I limped across the finish line of the initial boss battle, but returning to it, I parried where I used to dodge and maintained a close range for sword strikes where I used to snipe from a distance. I danced where I used to flail. Beating the game also unlocks Speedrun mode, which feels like Furi framed in its ideal context. Speedrun mode allows you to see the game as a big loop instead of the individual repetitions of life bar relinquishment. The subtle variations from one fight to the next, each boss presenting their own twists on the combat, Furi truly comes into focus when viewed with a macro lens.

One of the smartest things Furi does with repetition is the way it structures its health rewards and retries around the phases of each battle (usually about five), training you with a combination of positive reinforcement and punishment. If you lose an entire health bar, the phase starts over from the beginning, but if you survive a phase, you are rewarded with full health and an additional bar, up to three. This means you always go into a new phase with maximum sustainability and the space to learn and recover from unknown attack patterns. Furi is determined to have players experience full phase loops in their entirety—a bar giveth and a bar taketh. It’s a distillation of the “hard but fair” ethos of Dark Souls and Bayonetta into a cyberpunk samurai workout routine. These bosses will not let you skip Sword Day.

Perhaps the connection to musical structure resonates so strongly in Furi because it has such a harmonious relationship with its own soundtrack. Culling a list of acclaimed underground electro producers (many from developer The Game Bakers’ native France), Furi’s soundtrack is as explosive, dramatic, and neon as it looks. The music is repetitive in the sense that it eventually loops, but offers substantial sonic variety along the way. Engaging the sniper boss The Burst to the tune of Carpenter Brut’s “You’re mine” was one of the most symbiotic relationships between sound and game that I’ve experienced this side of Dance Dance Revolution. Not that everything behaves perfectly in sync, but there is cohesion to the energy between sound and play where neither props the other up or artificially forces tension. Nailing a perfect parry, which refills a sliver of health and opens up your opponent to a melee flurry, while the backing track pitches down to growl with a guttural churn of synth distortion perfectly encapsulates that moment where the tables turn and you finally get one over on one of the hardest bosses in the game. None of the other bosses quite match your encounter with the Burst, but each certainly has its high points.

Speaking of the boss ladder, there’s less of a story in Furi than there is an upward progression. It’s like Shadow of the Colossus (2005) in that your relationship with fighting (the loop) is what changes over the course of the game, more than anything else. Your first few tussles are with characters that are so monstrous (a three-faced demon jailer, a deep-sea diving swamp thing, etc), it’s difficult to see the humanity in them. But by the fourth encounter, you’re going up against a knight defending his child, a diplomat offering you peace terms, and finally a dutiful teenager clutching to obligation more than a desire to actually take you down. Gradually you realize that Rider is the most monstrous character of the lot. Granted, it’s not particularly surprising to realize that the Donnie Darko (2001) cosplayer who’s been egging you on in your escape might be using you for his own selfish gain, but it is more than you typically get from a hack ‘n’ slash arcade brawler.

Still, Furi’s adherence to repetition has its limits. An optional fight after the credits roll sets up an unconvincing deus ex machina redemption angle that sews things up too tidily. It closes the loop in order to shuttle players back to the beginning for speedruns instead of lingering with what the game would have otherwise left. The repetition becomes rote when the challenge yields predictable results. It’s the barebones beat pattern outro that allows the DJ to easily mix into the next track. It serves a purpose, but that doesn’t make it exciting to listen to.

Daft Punk’s “Around the World” features the titular phrase uttered 144 times over the course of seven minutes. To some, that may be obnoxious, but I find it gallingly cheeky and just downright catchy. Furi isn’t quite as brazen with its repetition, but its cycle of fail and retry can certainly grate when you’re only bumbling the last phase of an eight-minute fight and have to grind through the first five phases to even get to the point of a repeat attempt. But you do grow increasingly adept at those early phases, which serves you well in the brawls and speedruns to come. Furi is undoubtedly repetitive, but that doesn’t need to be a strike against it. I could nod my head to its beat for a good while.