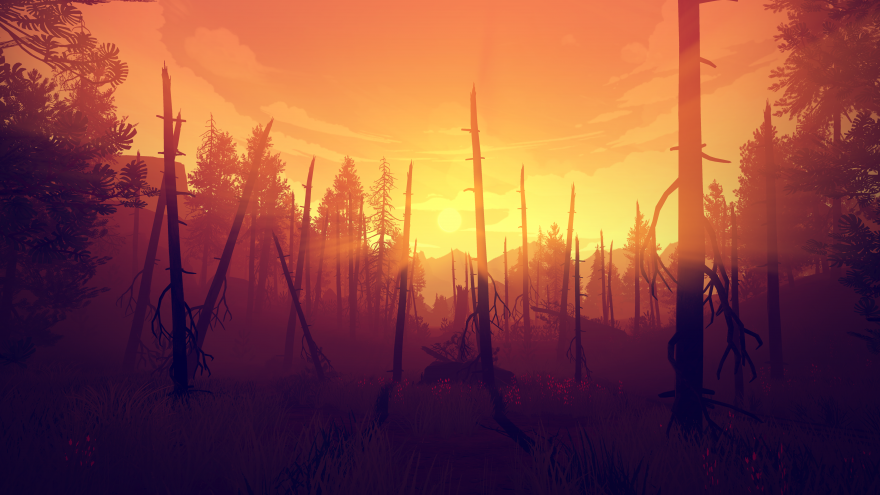 At last. We’ve been following Firewatch ever since it was first announced in 2013 alongside its brand new studio, Campo Santo. And now, after two years of a slow drip of evocative devlogs, hilarious faux preview endings, and game-changing trailers that introduced us to the world’s most lovable tortoise (Sir Tortleton III), this roller coaster is finally reaching its apex.

this roller coaster is finally reaching its apex

Firewatch, a narrative game set in a mysterious Wyoming national park, will arrive for PC and PlayStation 4 on February 9th, 2016. As designer and ex-Telltale developer Sean Vanaman puts it, Campo Santo is now just “tweaking, tuning, bug fixing and polishing” their first game ever. In celebration, they’ve also released some screenshots (viewable below) and GIFs including ones of the nightly sky, a better view of the compass (which will be an integral navigational mechanic) and the woods on a dusty, hazy, fiery morning.

Soon enough, we will know Firewatch as more than just a series of painterly GIFs and show-stealing tortoise cameos. For now, I’ll settle for more of those glorious morning rays beating down on the game’s emblematic watch tower. And then I guess after the game is released, we’ll have to wait at least an additional year for the Sir Tortleton III DLC.