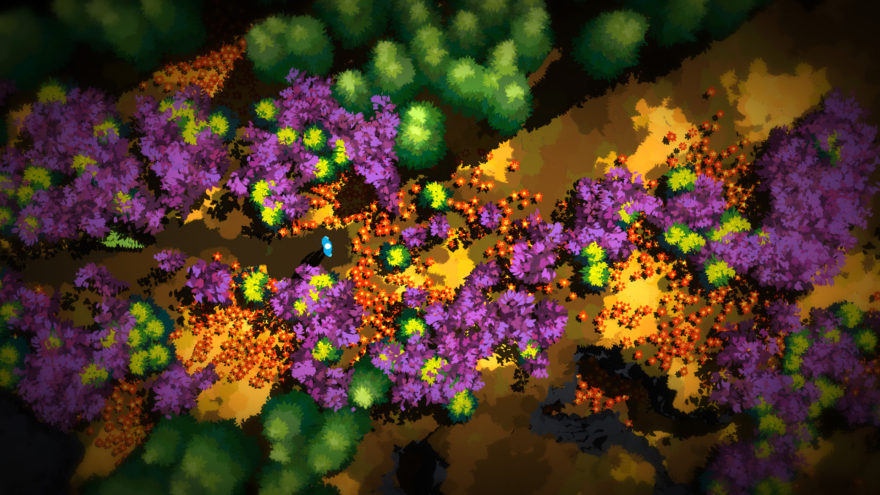 In his recent book Spelunky, Derek Yu writes about the process of designing his 2008 (and 2012 remake) game of the same name, and often refers to the difficulties introduced by the decision to generate levels randomly. He describes trying to make sure that every time a level is generated, it is new, challenging, and solvable: “The game’s first priority,” he says, “is to make sure that there is a path from the entrance to the exit that is traversable without the use of bombs, rope, or other special equipment.”

Spelunky generates its levels with templates for rooms and patterns for smaller pieces of those rooms, and Yu emphasizes that his role is to control the chaos in this randomness. “All I could do was create the building blocks of the world and set them in motion—what came out could be as surprising and indifferent to me as it was to the players,” he says. Traversing the levels of Spelunky becomes about reading the systems at play in any given moment and using what you’ve got in your inventory to solve the problems ahead of you.

A recent blog post from the team behind the upcoming Future Unfolding describes their approach to random generation very differently. The first game they cite as an inspiration is The Witness, a game full of meticulously hand-designed puzzles with only one solution each. In order to combine the precision of hand-design with the novelty afforded by random generation, they designed their own level editor for Future Unfolding that allows them to swap animals with other animals or obstacles with other obstacles: “For example – an opening has low-height vegetation which can be either flowers, small bushes or grass. A path has an enemy, it could be a wolf or a snake.”

But this applies to puzzles too—objects can be designated as relevant to puzzles, and these “artifacts” can be swapped out with each other too. The result is “puzzle scenes with… solutions [that depend] on which objects are randomly chosen for you.” Future Unfolding still has a lot of randomness, with areas in different arrangements and locations, but this system introduces variety, and ensures that while each piece of the game has been designed only once, it might be experienced in different ways, maybe not even recognizable if you play through the game more than once.

Derek Yu designed Spelunky the way it is partly because he was interested in a game that challenges the player without becoming rote—he says “I dislike boss battles that follow a rigid pattern… Once the puzzle is solved, it becomes a purely repetitive exercise.” As in The Witness, solving puzzles that have only one solution can be intensely satisfying, but these don’t tend to invite repetition or exploration on the part of the player. If Future Unfolding succeeds in combining the hand-designed single solution with the randomly-generated novel space, maybe it can get away with having the best of both worlds.