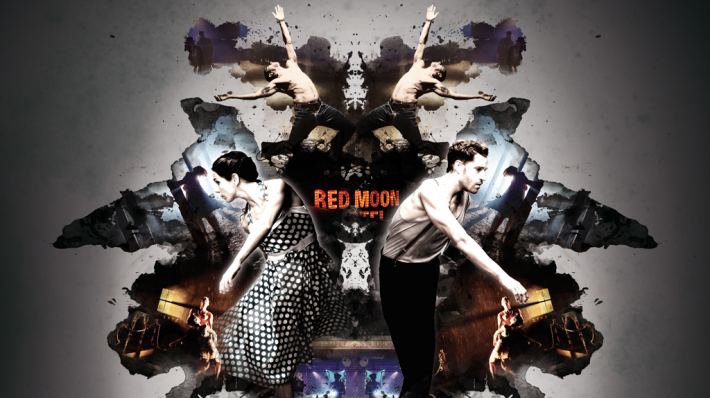 The other day I found myself wandering around a cavernous, crumbling movie studio. I read the letters and medical records of a strange cast of characters. I watched as they played out scenes: a party in the woods, an affair on fake tundra, an orgy in the studio head’s private rooms. I chose a character and followed them through dressing rooms, sound effect studios, screening rooms, even into the dustbowl town outside the gates. Then I walked away from the action and explored room after lavish room, dipping in and out of other stories as I stumbled across them, looking for secrets and meaningful moments. It felt a lot like a game, but it was immersive theatre, where the boundaries that normally separate a production and its audience dissolve.

This particular show, Punchdrunk’s The Drowned Man, can be found in an enormous old sorting office near Paddington Station in central London. There are four floors, nearly 100 rooms and you have three hours to explore it all. Before you step back into the play’s 1960s setting, you’re asked to wear a white mask and told not to talk. The mask has a few roles: it clearly separates who’s in the cast and who’s in the audience, and it gives each audience member a feeling of anonymity.

This anonymity lends a kind of voyeurism to the audience’s role, especially when you find yourself close to particularly intimate scenes. On top of this, the intoxicating feeling of being inside a videogame keeps coming back to me. With its creepy period atmosphere and storytelling that goes on with or without you, it’s part Bioshock, part The Last Express. Around you, the performance plays out to a tight script, with scenes occurring in different areas simultaneously. Each of the actors is on their own track through the building, and they need to hit their music cue on the master audio track for the show to run without a hitch.

The intoxicating feeling of being inside a videogame keeps coming back to me.

There are game-like moments throughout the show. It begins with a disorientating series of events: winding corridors, the donning of masks, and an elevator ride to the basement. A studio executive encourages us to take our own route, giving me a nudge and a bright-eyed stare, “Lose your friends, eh?” Turfed out into a gloomy administrative corridor, the first thing you notice is the kind of environmental storytelling that games have made their own. Here, it’s both denser and everywhere. In the corner, piles of actors’ headshots with their eyes burned out. At reception, the sign-in book, a love letter strewn carelessly on a secretary’s desk, both revealing something if you look hard enough. The level of detail is astounding, the range and size of the sets more like a movie than subsidized theatre. Such detail is both the layered set dressing for a movie, and the ideal, fully-interactive environment of a game.

While you could spend three solid hours rooting through documents, the company does have some regard for the audience’s engagement with the narrative. It uses the same kind of careful lighting tricks that developers like Valve employ to move you in an appropriate direction. The basement is gloomy, so a bright blue light in the stairwell encourages you to move upstairs. Follow the light, and you’ll soon find yourself in the middle of some action. It teaches you something useful too: you’ll be moving between floors frequently, rather than slowly ascending. Drama usually only has to direct the audience’s attention, but Punchdrunk do a good job of directing their movement too.

Punchdrunk and their contemporaries have certainly popularised immersive theatre over the last decade or so, but it’s been around since at least the 1960s. Brazilian director Augusto Boal pioneered the political ‘Theatre of the Oppressed’, which encouraged audiences to participate in overturning oppression in society. The Forum Project describes one mode like this:

Forum Theatre is a performance that functions to transform from spectator (one who watches) to a spect-actor (one who watches and takes action). A short scene by Forum actors presents an issue of oppression and represents the world as it is—the anti-model. Audience members are then encouraged to stop the play and take the stage to address the oppression, attempting to change the outcome through action.

Modern, popular incarnations seem less political and more aesthetic. Secret Cinema has a similar set-up to Punchdrunk: audiences dress up, explore a location that reflects the film in some way and meet characters from or related to it. They don’t get to change anything, but they might get to play around with the setting a bit. Sometimes it’s too effective: a screening of Terry Gilliam’s Brazil in an empty office block received complaints when characters from the film’s bureaucratic nightmare sent some of the audience around in circles looking for a screening that had already begun.

In immersive theatre with the grand scale and freeform nature of The Drowned Man you may find yourself walking around in circles, too. It’s impossible to see everything in one night (and some people are happy to shell out to go again and again), so you have to dispel the nagging frustration that you’re missing something as soon as you can. Even so, you feel driven by the desire to explore both the set and the narrative.

Once you come to terms with this level of control (or even responsibility), the benefits of self-direction become clear. Self-direction allows the same play or game to tell each of its participants a unique story, or at least to feel involved as they uncover it. One of the consequences of this self-direction is interaction. These days, people seem to want to engage more with their media, and even when it’s linear they want it to be ambiguous, to spark discussion. TV has realised that audiences want character development that leaves both cops and robbers knee deep in a moral gray area. Internet discussion as shows like Breaking Bad go out each week shows us a collective search for understanding. What themes does this episode explore? And what is it trying to say about them? Immersive theatre offers a heightened sense of ambiguity, but also the opportunity for real interaction between the cast and the audience.

Like the residents of Majora’s Mask’s Clock Town, the characters in The Drowned Man go about their business, mostly ignoring you. You may be alone with them or in a shifting group of fellow observers. Sometimes they’ll look you right in the eyes. Even more rarely, you might be taken by the hand and bundled into a secret room by a performer, or poured a drink by a barman who’d previously left you unacknowledged, or hugged by a cold, wet, naked man. All of this is to say that the most complex character interactions are instigated by the production, not by you.

The rest of the time, you have the uneasy feeling of being present in a world which doesn’t notice you. The more intimate or sensual the scene, the more you feel like a voyeur. The elaborate movie studio setting only seems to be missing the cameras, and the reason for the omission is clear: every audience member is his or her own viewfinder. While this means you get your own personal chronology, understanding it still ends up being collaborative when you compare notes with the friends you lost at the start or find a blog that deconstructs the whole thing.

Every audience member is his or her own viewfinder

Game mechanics can seem to invite you to push them to breaking point (you crash a plane into a building in GTA “just to see what happens”), and some people seem to have found a similar appeal in immersive theatre. I found a comment describing a scene in another Punchdrunk show when the audience is supposed to be chased by a man with a chainsaw. Rather than running, the commenter says he walked towards the attacker, leaving him with nothing to do but stand still, revving the motor and ‘looking sheepish’. He can do what he likes, of course, but the audience in immersive theatre has a responsibility to each other and the cast, which this member clearly wasn’t in the mood to uphold. Is that a failure on the part of production, or his?

The personal nature of immersive theatre and videogames doesn’t necessarily make them any more meaningful than conventional forms of storytelling. There is, however, a certain power in feeling responsible for what happens, even if you’re not actually changing anything significant like Boal would want you to. Even in games with plot-altering choices, you’re only setting off down a forked road. There’s a power in feeling like you’re in on the secret of somebody else’s story too, whether you’re playing as them, or you’re alone in room with them. While Punchdrunk’s brand of immersive theatre shares many pleasing similarities with games, there’s one key difference: where narrative game players find themselves identifying with or complicit in the actions of their character, most of the participants in immersive theatre can only feel like voyeurs in the lives of others.  Either way, when interaction is dictated, you may enjoy the freedom it offers, but some people will always push it to its limits.