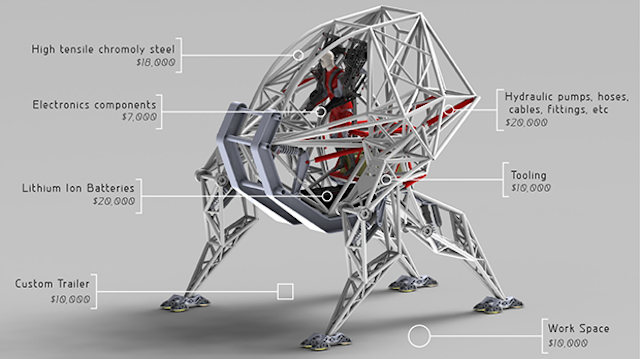 Johnathan Tippett wants to make a giant, human-operated Rock’em Sock’em robot. Well, kinda. He’s calling it Prosthesis, a 7000-pound, two-story-tall “anti-robot.” The Prosthesis runs off of lithium batteries, and is built for the purpose of racing, not fisticuffs, although only one leg of the frame has been constructed, and we don’t know who it will race against. Elephants, perhaps? Tippett and his team are raising money on Indiegogo to complete the terrifying machine. If you’re wondering why it is not a robot, that’s because a scared-to-death human pilot has to sit in the cage of this thing. Though I can sympathize with the unfortunate crash test dummy, we are getting one step closer to my dream of flying Votron. Carry on, sir!