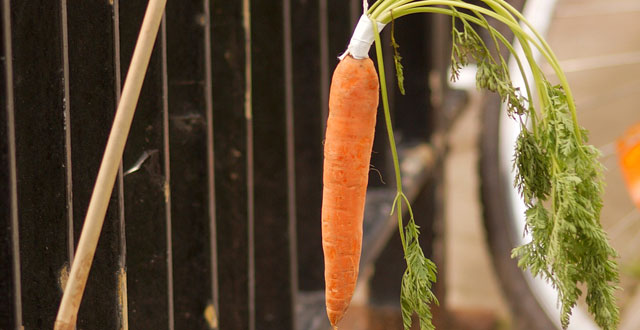 I bought a new coffee grinder about a month ago. It’s a simple, Japanese burr grinder that is super-satisfying to use: its two stainless-steel cylinders slide together just perfectly, and it makes a great noise as you crank it. The time it takes to grind enough coffee for one is almost the same as the time it takes the kettle to boil. And that simple, functional cylinder looks beautiful on the kitchen windowsill.

It’s part of my life now—part of my morning routine. Every morning, I half-fill the top cylinder with beans, crank it for a minute, and make coffee. It’s an object I’ve let not only into my kitchen, but into my life.

The coffee grinder got me thinking about the everyday.

This column is nominally about looking at the relationship between design and games. But, in its title that riffs on Don Norman’s most famous book, I’d argue that the “Everyday” is as important as the D-word. After all, design is not really something most people engage with actively, either as connoisseurs or as critics. Most often, it is something people engage with without knowing it’s there. “Design,” it turns out, is usually the answer to the question we so rarely ask of the products we use everyday: “What made this good?”

It is because things are well designed that we let them into our lives and build our routines around them. “Design” is so often used to describe things that are striking, outlandish, and, in the adjective “designer,” the things that loudly proclaim their provenance. But for me, the most endearing and perhaps the most human design can be found in the mundane, where it goes softly spoken.

And so, I thought it worth examining the relationship of the Everyday with game design.

No one could understate the importance of the casual gaming boom of recent years. But look where that growth has been: in the browser, on Facebook, and on mobile devices. I’d argue that what actually emerged was a surge in everyday gaming.

Divorced from dedicated hardware and the living room, games boomed in the places people already were: out of the corner of an eye at the office, socializing with our friends online, or on the device we always have with us when we’re stuck on a train. Gaming became easier to fit around existence, into the stolen moments of the day. Gaming became something to fill what the sociologist Henri Lefebvre called “compulsive time”—that limbo between work and leisure where waiting is an inevitability.

And games designed as routine, everyday activities are not like the games I play on my sofa in dedicated sessions. They are rarely the most important activity going on at any one time. At any point I may have to close my browser while I answer the phone, or leap off the bus so as not to miss my stop. The casual-games designer cannot bank on always having the player’s attention. Casual games are not so much played on platforms as in contexts—a context of being mobile; a context of being online; a context of being social. The good designer seeks to embrace the affordances of those contexts, rather than bend them to their will. To make a game truly casual—truly everyday—it needs to fit into our everyday existence, rather than define it.

Attention is the most precious resource we can demand from a player, and the “triple-A” title that demands it for hours on end is becoming an increasing exception in the games industry. As game designers, it is paramount that we respect the player’s attention. If we are to maintain it across days and weeks, through slivers of sessions, we need to design for new patterns of play.

Fortunately, there’s an increasing corpus of games, designed to be played little and often, to draw on. A great many of them, however, have obvious weaknesses. Many rely on timers, for instance, to encourage a player to return; a banal exposure of game systems. It’s bad enough in the click ’em up games that dominate Facebook; worse when it relies on the extrinsic motivation of system-wide alerts, as Tiny Tower does. These games expose their inner workings—nothing more than a series of timers, slowly ticking down, demanding you get to them as soon as they run out—and hope as a player you won’t seek anything more substantial.

Compare this to Animal Crossing, which, while framed with a structure of repetition—performing chores to pay off a mortgage—emphasizes the intrinsic rewards of doing so. As a player, you check in regularly, and finish your tasks within 10 or 15 minutes; it is possible to exhaust the possibilities of a play session in half an hour. And yet returning the next day will yield new fish, new plants, new conversation from villagers pleased to see you. The motivation isn’t to return as a timer runs out; the motivation to return is simply to see your friends again. And, should you be away for too long, unable to fit the game into your schedule for a while, you’ll never be unduly punished. Half an hour will see the overgrowth tidied up, and the villagers simply relieved to see their friend again.

Zoonami’s Bonsai Barber encourages the player into an ongoing relationship with the game by building their anticipation for play. By limiting the player to performing five haircuts a day, regular, repeated play becomes necessary to explore the game’s content and to exercise the player’s growing skill. And unlike the many Facebook games that limit player activity through timers, Bonsai Barber offers no workarounds to this. It’s not delaying player action to punish them, or encourage them to buy Action Points; it’s just embracing its smallness, indicating its desire to be played little and often. Bonsai Barber shows you its heartbeat. And instead of digging its hooks in through financial demands, it takes a gentler, more emotive approach to encouraging the player to return. Nothing surprised me more than receiving a postcard in my Wii system inbox from a vegetable on holiday in Paris. I knew he said he wanted the haircut for his holiday—but by reminding me that these little computer people live on the same clock as I do, the game’s hook had become both narrative and mechanical.

We’re even beginning to see how this sort of design—deliberate pacing, small and meaningful interactions—can be applied to more traditional videogames. Even when World of Warcraft players don’t have time to raid, there’s time to fettle gear and trade in the auction house. By allowing players to access the auction house from a smartphone client, the less attention-demanding aspects of the WoW experience can be fitted into odds and ends of downtime: there are always chores to do, both online and off.

Or consider how Need for Speed’s Autolog feature allows players to plan future play sessions from their browser or smartphone. Given Hot Pursuit’s focus on asynchronous multiplayer, why shouldn’t that multiplayer be asynchronous across any device? Half the fun of the game is heckling friends as they beat lap times; of course I should be able to do that from my phone.

And community-focused features manage to extend games into the everyday web: from the video-sharing of the Skate series to the statistics and metrics of Bungie.net, it’s clear there are ways to design small, meaningful interactions that weave into everyday life even when a 60-minute multiplayer session won’t.

My coffee grinder is an artifact I’ve come to love. Our routines, our everyday lives, are precious. We don’t just let anything in; they have to fit into a cluttered schedule. Games should not just be designed as part of a bigger entertainment landscape—but also part of a wider schedule and routine. The architect Eliel Saarinen famously said:

Always design a thing by considering it in its next-larger context—a chair in a room, a room in a house, a house in an environment, an environment in a city plan.

Games are no different. To design games to be played every day, we should be designing games to fit into the fabric of everyday lives.

The Game Design of Everyday Things is a recurring column that looks at how game design and game objects have connections and antecedents everywhere you look. Tom Armitage is a game designer at Hide & Seek and can be found at infovore.org. Photograph by bthomso