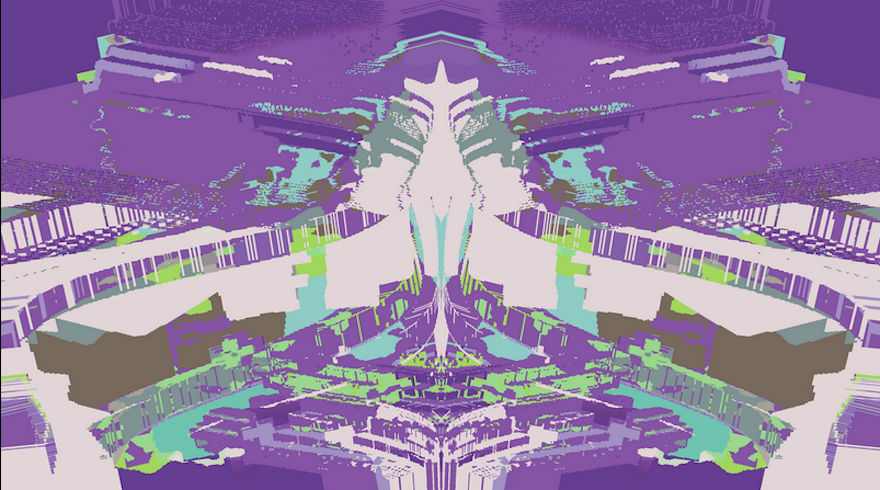 On September 18, Strangethink tweeted, “So I made some kind of mutant generative paint package. I’ll probably release it at the weekend. It’s pretty wild.” Attached to the tweet were a quartet of images: pastel, glitchy works, beautiful little mutations of shapes. This would be the beginning of a sort of possession for Strangethink, as the developer worked out the kinks on the software and flooded the universe with bizarre, beautiful little creations. The end result: a bunch of awesome iterative artworks, a piece of software that allows anyone to  create more, and a fascinating look at the creative process. Also, lots of aliens.

You don’t have to praise the mantis lord if you are not comfortable with that. (YOU DO). pic.twitter.com/q3iYFKFrqM

REPTILE PHARAOH says: I am only giving you six more hours to finish this weird art software. pic.twitter.com/hgRtHvHn3P

My next door neighbour. Year 3105. Will be releasing this strange art software today for sure. pic.twitter.com/SHYdi6rpc8

Putting together a launch video for ART MACHINE. It is important that I do this. I feel it in my mutant heart. pic.twitter.com/1gSrKGOmvz

You can check out the whole saga on Twitter, or just buy the damn game here.