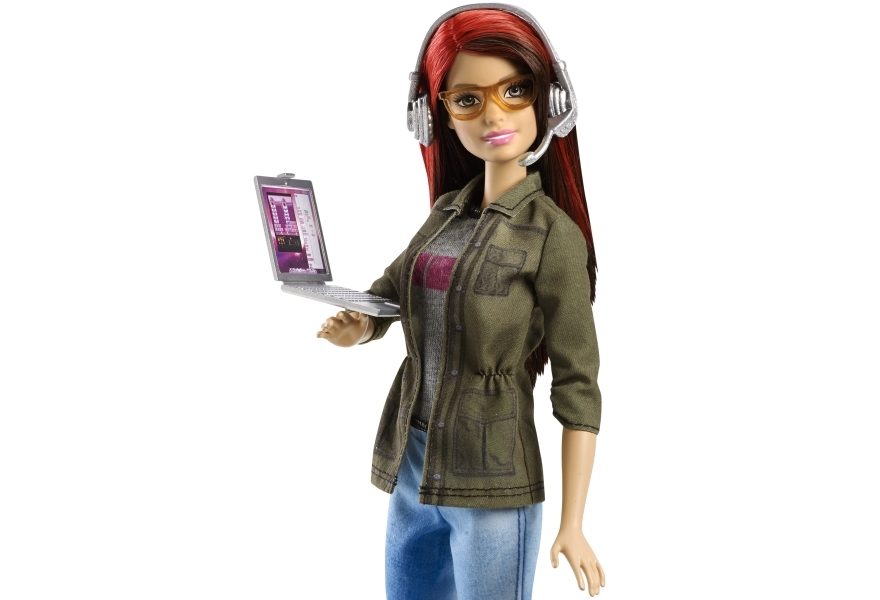 Mattel’s Barbie is a woman of many jobs thanks to her careers line. Teacher, babysitter, pilot, lifeguard, nurse, chef… the list goes on. The latest addition to Barbie’s resume is game developer, and she’s been very well received, selling out on Mattel’s site in a matter of days. Whether these were sales from adults for themselves or for children we don’t know, but it’s clear people are excited.

Many may remember the impressively tone-deaf Barbie: I Can Be A Computer Engineer, which featured such infamous exchanges as:

“‘I’m only creating the design ideas,’ Barbie says, laughing. ‘I’ll need Steven’s and Brian’s help to turn it into a real game!’”

Barbie then proceeds to infect both her and her sisters computers with viruses, which she is only able to have removed by her male friends. This understandably sparked quite a bit of backlash, including the delightful Feminist Hacker Barbie. Mattel quickly apologized.

Game Developer Barbie is everything that Computer Engineer Barbie could have been. Of course, it’s totally fine if, in real life, a game developing team consists of some people who only design and other members who only program. But the problem with Computer Engineer Barbie was the insinuation that the female computer engineer needed men to do the whole computer engineering part for them. But Game Developer Barbie approaches this much more realistically, saying on the back of the box, “Because there are so many aspects to creating a game, team work is important.”

highlighting a career that is uniquely modern

With real code on her laptop screen, a tablet displaying the game she’s creating, and criticism about her outfit, Game Developer Barbie is just about as real as a Barbie can get. If Mattel is really as invested in inspiring girls as they claim, this is the step to take. By highlighting a career that is uniquely modern, they are inviting girls to imagine themselves shaping the play of the future.

Game Developer Barbie is available (when restocked) from Mattel here.