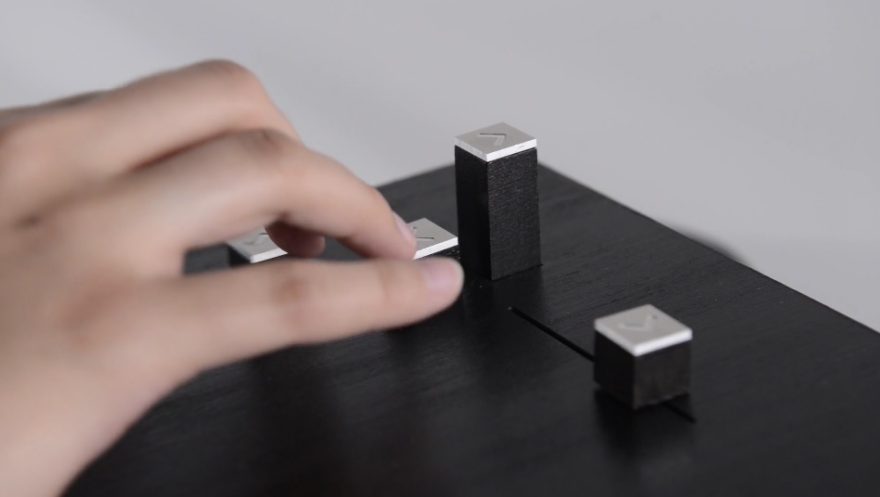 In the case of digital games, the software acts as the variable, it changing to provide more difficulty as the player progresses. The controller and its input systems never change.

This may be an obvious bit of analysis but it’s the observation that forms the basis of a project by Swiss multimedia designer Mylène Dreyer. Called Incontroller, it inverts the typical set-up of digital games as outlined above—rather than the software changing, the physical controller changes to provide increased challenge.

the challenge of the game comes from its hardware

The idea in Incontroller is to control a ball along a meandering track made of sharp corners. You do this with four arrow keys that correspond to the movement direction of the ball—standard stuff. However, the track that the ball travels along doesn’t alter in any of the game’s levels, instead, the arrow keys start to dance around and make it harder be used.


As you’ll see in the video below, in level 1, the arrow keys are still and remain in place, but by the time you get to level 6 they’re moving further apart from each other and becoming taller. Hence, the challenge of the game comes from its hardware rather than the software, as is typical.

Dreyer made Incontroller back in February 2016 as part of her course in Media and Interaction Design at École cantonale d’art de Lausanne (ECAL).