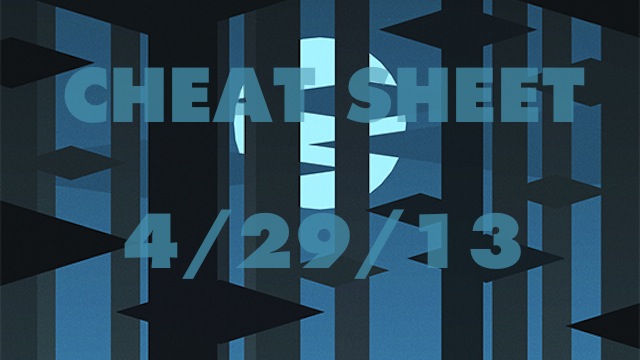 A new print edition of Kill Screen. A new installment of Kentucky Route Zero. And a new full page spread for it in the mag. May is full of awesome!

There’s no cure for cancer, but, hey!, there is a game for it. The sequel to Re-Mission is designed to mentally empower kids with leukemia and carcinomas.

Final Fantasy Tactics, one of the most beloved roleplaying games, is returning… as a social game… in Japan. Harrumph.

Hologram rock stars are back. This time via coffeehouse folk singer/songwriter Feist. Also, check out our interview with Hologram Tupac. And Issue 5 for the lowdown on virtual pop star Lumi.

This mysterious video, aired of Adult Swim, is the final piece in the puzzle leading up to the release of Boards of Canada’s esoteric new project.

On the board game front, The Atlantic analyzes the evolution of Candy Land’s wholesome (if teeth-rotting) imagery into something less savory.

And the list makers at Flavorwire follow up with A Look at Your Favorite Board Games, Then and Now.