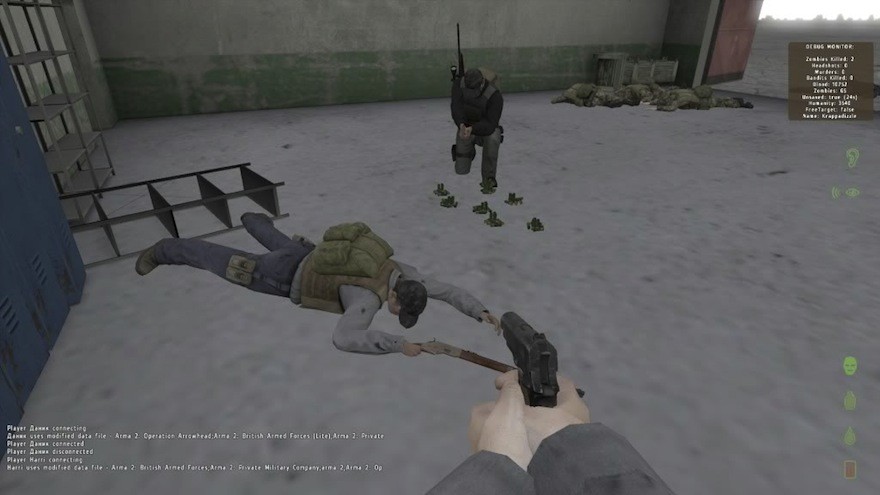 All those morally bankrupt deeds we see in games, like being a total creep in DayZ, could actually make players more emotionally intelligent human being, believe it our not. This is according to a new study from researchers at the University at Buffalo, which shows that performing dick moves in virtual environments of games increases one’s moral sensitivity.

Simply put, because you’re ruminating on bad deeds, you may be less likely to do them in reality. Surprisingly, subjects felt guiltier about immoral behavior after having played a shooter in which they behaved in ways that violated cultural norms regarding fairness, loyalty, respect for authority, sanctity, and doing harmful things to others.

Here, guilt is a good thing, because other research has shown that people who experience higher degrees of guilt are more likely to do good deeds. The brain doesn’t seem to differentiate between guilt experienced in real-life and in-game, as shown in guilt tests taken by players after their gaming session. “Rather than leading players to become less moral, violent video-game play may provoke players to engage in voluntary behavior that benefits others,” the study lead Matthew Grizzard claims.

This supports the idea of videogames as possibility spaces, where we can try own different emotions, and explore the dark side of human nature vicariously, as Kentucky Route Zero’s Jake Elliott has talked about. So maybe it’s not so bad to get in a shootout with the cops in GTA.