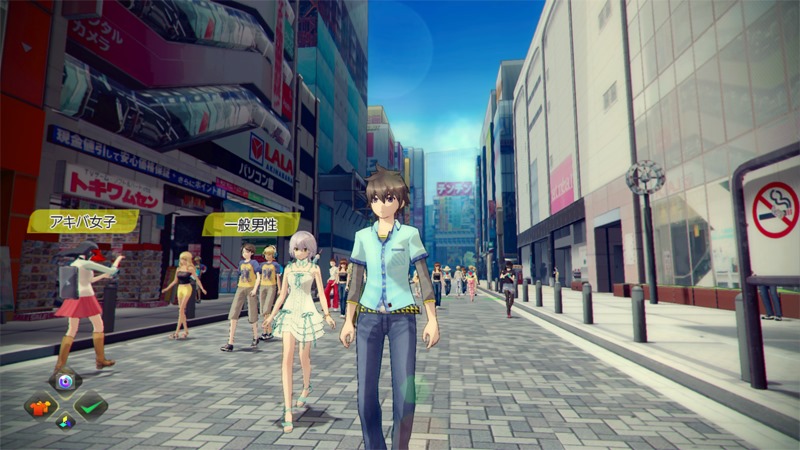 Good news: Akiba’s Trip 2 for PlayStation 4 offers an inventive way to put the audience into the game of a person who is streaming. Bad news: The subtitle of the game is Undead & Undressed, the combat system involves stripping the clothes off foes in broad daylight, and it seems you have a half-decent chance of showing up as an anime girl in a bikini.

One trend we’re particularly interested in is the merging of the act of playing and watching. Streaming events like Twitch Plays Pokemon are leading to new opportunities to passively play. Twitch for instance has backed Choice Chamber, a platformer that requires the crowd to assist the player. Likewise, Daylight is a horror game that will let viewers scare players. The way this one works is that NPCs are tagged with the name of those watching. It’s rather simple but a cool idea that could use some expanding.

But we probably won’t be touching this one, as one trend we’re particularly not interested in is the import of games exclusively for titillation.