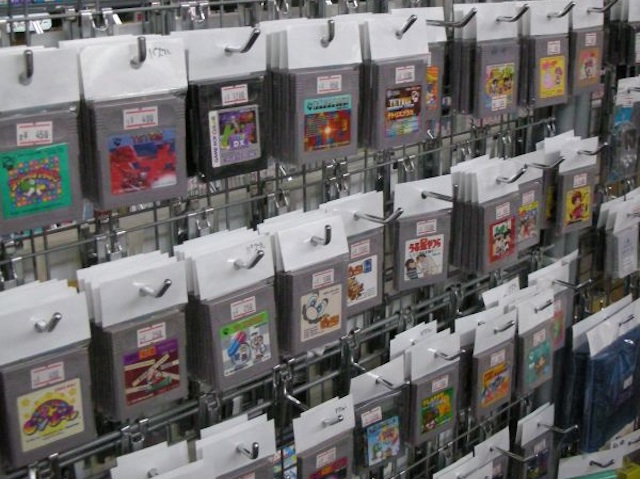 With console makers intent on selling games digitally, it certainly looks like standalone game shops are a dying breed. In a fond retelling of his days working at Babbage’s, a former major game retailer ubiquous in shopping malls across America in the 90s, Lee Hutchinson says that is a sad thing, though he made a paltry $4.25 an hour.

While people have every right to complain about the uncomfortable experience of shopping at GameStop, it didn’t have to be that way, and at one time, it wasn’t. Game retail stores were the port of call where nerd culture collided with mall culture. They had a fun, friendly atmosphere with plenty of hijinks.

Babbage’s became my friends’ second home. There was a security camera monitoring the front, to catch shoplifters; it was hooked up to a VCR in the back of the store and recorded at about half-speed, in order to fit an entire day onto one video tape. We would frequently line up in front of the camera and dance around or do other ridiculous things, then pull the security tape and play it on the demo VCR at the front of the store to watch ourselves running and dancing around in Benny Hill-style fast motion.

We once caught an epic-scale marshmallow fight on camera; my buddy Matt took up position behind a life-size Darth Vader cardboard cutout and walked it around the store, launching projectiles and software boxes at everyone else. When re-watching this on the security camera, it appeared that Darth Vader himself was floating around the store, force-throwing marshmallows and software.

But the game shop was more than a backdrop for Matrats goofiness. They were places for genuine human interaction, a gaming-oriented speakeasy where nerds could hook up.

Kim, perhaps sensitive to my love-struck plight in spite of my protests, gave Laura the job. Laura proved unable to resist my many charms, and we began dating shortly after she was hired; at that point, 80 percent of the store’s employees were dating each other (the lone exception was Bob, who was older than us and already engaged besides, so we didn’t feel compelled to rush out and hire him a girlfriend).

Try doing that on the Xbox Marketplace.