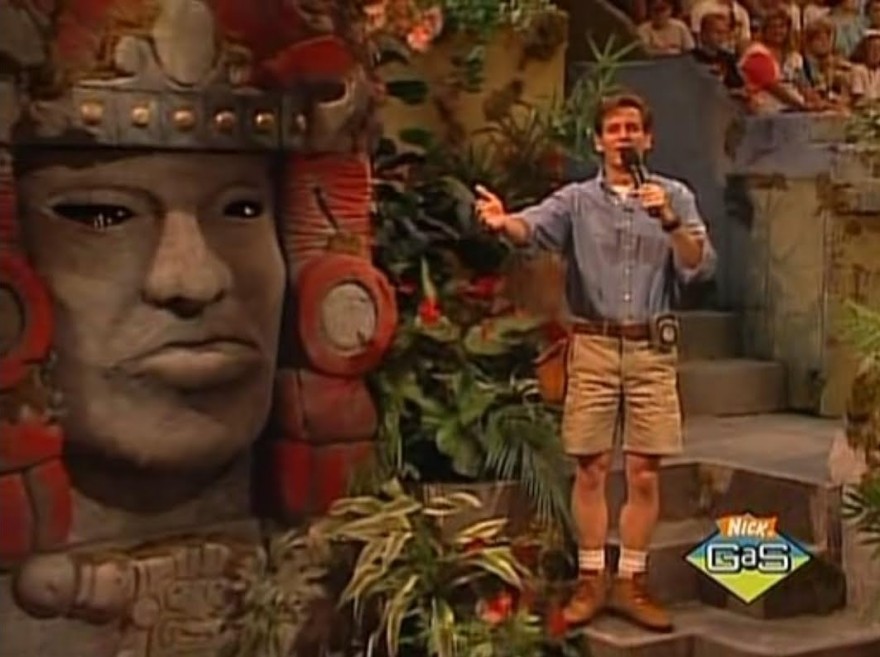 I actually watched Legends of the Hidden Temple. A lot. Monday through Friday. It was a routine. I desperately wanted to be on the show, to run the Temple Run. It was like Indiana Jones for tweens. What I didn’t realize at my impressionable age is that it was a trial of public humiliation and shame. Courtesy SB Nation:

Emotionally fragile children were prodded through a disorienting maze in which they were expected to fulfill not-specific-enough instructions and complete a ridiculous array of trial-and-error puzzles within three minutes, a time constraint so overbearing that roughly 75 percent of the contestants failed. Also, adults in costumes would jump out and scare them at random, putting a sudden, and completely unfair, end to a strange, televised day of answering trivia questions and completing Double-Dare-ish puzzles that suddenly unfolded into this … this labyrinthine, frustrating, humiliating nightmare, in front of us all.

This has got to be the most unfair, cruel, and hilarious game show ever, and the fact that a host in safari shorts is announcing the kids every misstep makes it worse. The chances are high that every one of those poor kids are now in therapy.