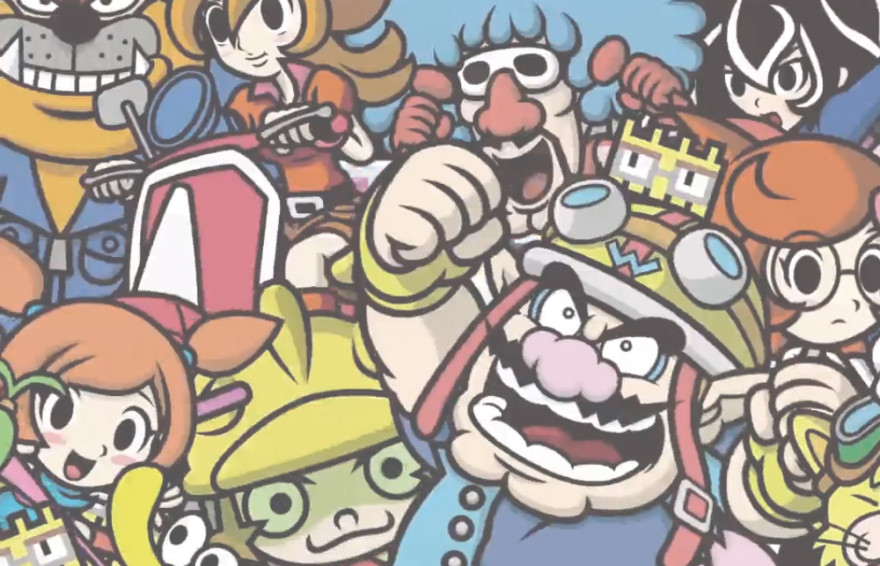 Many modern games stir up a combative aggression, the equivalent of a double whiskey on the rocks. Game & Wario orders you a fruity cocktail laced with cat tranquilizer. Things start pleasantly familiar. Then you fall asleep, unsure of your surroundings, before waking up in a chicken costume with an ache below your sternum: where the sutures are. And yet you can’t stop laughing.

There is a schizophrenic congruence on display.

The title itself foretells the proceedings’ fractured, maniacal nature. At all levels of the experience, there is a schizophrenic congruence on display. The product as a whole comprises sixteen separate self-enclosed games. While playing, individual modes have the thick bold cartoon look of past Wario titles. But each mini-game starts with a title card drawn in lush detail, closer in philosophy to a Heavy Metal cover than the kid-friendly aesthetic found elsewhere. The main title screen turns up a third inspiration, invoking Nintendo’s original foray into videogames, Gunpei Yokei’s Game & Watch series. 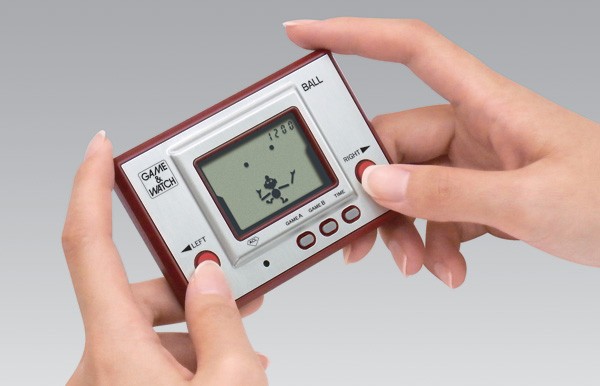 The original Game & Watch units were released from 1980 to 1991. Each were small diversions, simple and elegant and meant for repeated play. Each piece held a single portable game, drawn using filled-in frames of LCDs. Every possible movement was visible but greyed-out onscreen, and motion came from the blip-blip sequential lighting up the on-screen action: a falling fried egg, or a swimmer diving for gold under an octopus.

Then their katanas rip through bolts of cloth and–Shnnk!–you’re solving geometric puzzles.

Game & Wario unspools inversely: You see none of the madness until you’re already hip-deep. One minute you tilt the GamePad controller to navigate a disco dancer through a downhill slalom course. The next, you’re fastidiously drawing what you think is a 70 degree angle, only to find out you’re cobbling together a robot’s nose. Cliche begets surprise; when a pair of ninjas saunter on screen, you expect the traditional slice-and-dice action. Then their katanas rip through bolts of cloth and – Shnnk! – you’re solving geometric puzzles.

This newest iteration holds fast to the boiled-down purpose of its forebears. Each of the sixteen games give you something strange and fairly straight-forward to complete. But to focus on mechanics and value is to lose sight of what Game & Wario does so, so well. It keeps you off-balance. It surprises you. During the first half-dozen times I fired up the software, not once did it fail to crack me up repeatedly. And if the double-negative blunts the effect of what I’m trying to say, let me rephrase: This is a damn funny game. 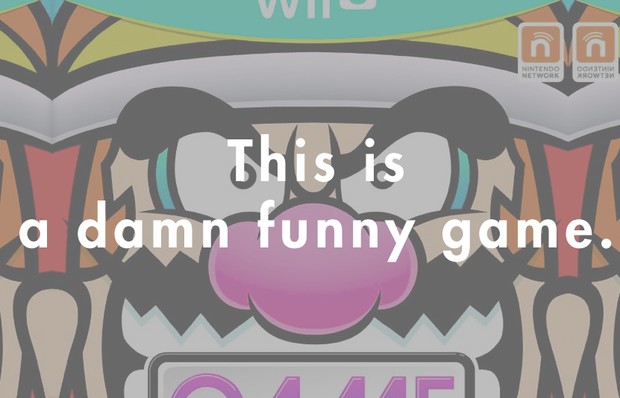 But the caliber of humor is important to differentiate between, say, era-spoofery and other attempts a la mode. This past May I reviewed Far Cry 3: Blood Dragon. The cluster of low-res cut-scenes, innuendo masquarading as dialogue and its bevy of scenes stripped right from VHS classics was trying to make the player laugh. Game & Wario doesn’t try. The team at Intelligent Systems (also behind the WarioWare series of micro-games and the superbly gonzo Rhythm Heaven) breathes its own brand of oxygen. They see the world in hues invisible to other humans. Accessing that world is an exercise in patience and trust, as there’s much to see. But only if you play by their rules.

Aside from the sixteen miniature games granted, a large portion of the game is hidden within a strange device called the Cluck-o-Pop. As you play Game & Wario you earn tokens. Each grants you a turn at the chicken-shaped device. It’s essentially a capsule machine, popular in Japan but similar enough to those vending devices outside of Target where, for a shiny quarter, you can turn the crank and see what kind of flimsy plastic toy spills out. This mechanical poultry is fertile indeed: Over two hundred toys, gags, and hints are hidden within the surprising pods.


What just happened? Why is this even in here? The questions answer themselves. The entire game is an answer to that question.

You might receive a coded message; type the symbols into a special phone now visible on your GamePad and a telephone rings. A horrifying man drawn in haphazard crayon is accosting you from your TV, his voice belting out of the controller’s speakers. Laughing and terrified, you watch, transfixed, before the call goes dead. What just happened? Why is this even in here? The questions answer themselves. The entire game is an answer to that question.

The company line states that Game & Wario is meant to exemplify some of the unique functions available only on Wii U. Each game uses the combination of two screens, one on your TV and one in your hands, to provide a compelling and new experience, as Nintendo would say. But the game seems to be saying something else entirely. This is no demonstration of potential. This is self-admittal to the asylum. And you’re invited right when you pop open your latest Cluck-o-Pop capsule and find an enigmatic sticker labeled “Shy Dog,” illustrated by a seriously dour-looking golden retriever. A cute interactive plush doll? Not in this madhouse. 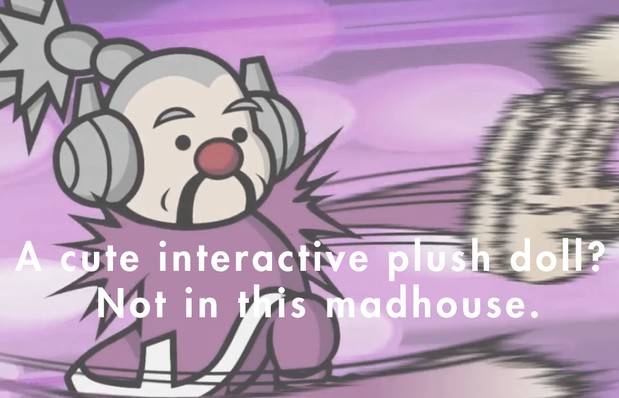 So much of today’s entertainment fits into prescribed labels, each check-box dutifully checked. We know what we’re getting. Nintendo is falling into the same unsurprising ruts more often as of late, squeezing as much profit from the known cash-cows while exploring unknown avenues behind closed doors. Game & Wario is a peek at what lives there: A repository of cutting-room floor anomalies, as if someone swept up shards of too-weird bits into a dustbin and repurposed them into one glorious incomprehensive package. As a game, it resembles better the truth of its players: That we are all different, and more strange, than even we sometimes admit.

As a game, it resembles better the truth of its players: That we are all different, and more strange, than even we sometimes admit.

One mode taps into this communal idiosyncrasy. Miiverse Sketch is Pictionary via Nintendo’s Wii U social network. Type in a word you want others to draw. The suggestion is posted to Miiverse, a Twitter-type feed from within the console’s operating system. If enough fellow players up-vote the suggestion, the word funnels back into Sketch as a suggested word for others to draw. The result is the simplest of schoolyard games stretched across modern communication. So far I’m pleased: thanks to the efforts of strangers I now know what an “EVIL SANDWICH” looks like. To be fair, the monochromatic scribbles do the flavor no justice. Like Game & Wario, you need to taste it to understand.