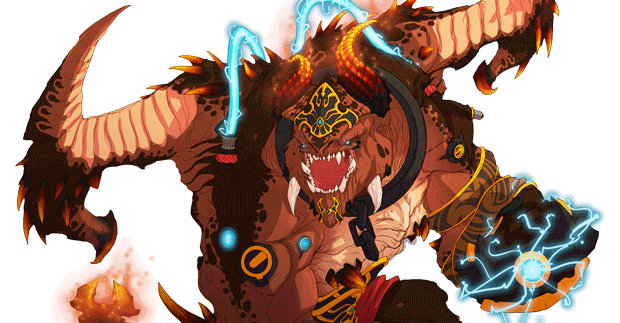 Duelyst is spritely, tactical, and the sky is filled with cherry blossoms, pretty much the exact opposite of Diablo. That’s despite the fact that the project is headed by Keith Lee, lead producer of Diablo 3. You can just picture him at his desk at Blizzard staring off at some charts on loot drops while daydreaming of pitching this thing on Kickstarter.

But it’s not a total departure. One thing it has in common with that series named for Spanish devils is the immaculate design of hulking badasses with wands and weapons. Besides that, not much. Combat is methodical and strategic and I haven’t seen one skeleton to click on. Plus, the concept art for this thing is amazing, not dank nor gloomy. And lore seems kept thankfully to a minimum.