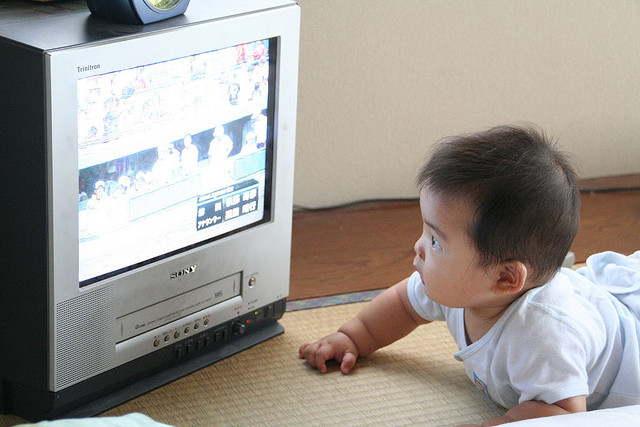 Reading is near and dear to our hearts at Kill Screen. I mean, we started a print magazine at a time when such notions were punchlines to jokes more often than serious business plans. So it pains us to imagine a future where the only way to engage with and consider the games we play is by watching a video. Words still matter.

In an interview with MCV, Simpson-Bint explained how younger generations have grown up with different expectations of media coverage than those in their twenties or thirties. He is obviously biased; he does run a video-streaming site, for crying out loud. “My 14 year-old son doesn’t want to read anything. He wants to be told things.” This, of course, presumes that all gamers are 14-year-olds, but Simpson-Bint’s point is well-taken:

I’m a big believer in magazines. The experience is still wonderful, but it’s just that the business model is broken. You have a generation of people coming through that just have a different feeling about media.

If the activity over at Twitch.tv is any indication, he might very well be right. The site, a self-proclaimed YouTube for video games, shows live streams of game players, well, playing games. Twenty-three million unique visitors check in monthly. The American company is moving into the UK at a time when magazines Game Informer and Gamereactor are also pushing into the growing European market, but Simpson-Bint doesn’t seem concerned. Should any of us be?

Gunther Kress, a professor of English Education in London, wrote about the shifting dominance from the written word to the visual in his book Literacy in the New Media Age in 2003. He sees the parallel change from the page to the screen as producing “deep changes in the form and functions of writing, [which] in turn will have profound effects on human, cognitive/affective, cultural and bodily engagement with the world.” Writing over a decade ago, Kress doesn’t question these changes, but merely states the inevitable; the book is him grappling with what happens next.

We read books on screens and watch magazines come to life on our iPads.

Next is now. We read books on screens and watch magazines come to life on our iPads. It’s worth considering what these “deep changes” will mean to content design in the near-future. Will games, essentially a visual medium, not experience this shift as violently as other forms such as literature?

Changes so far appear slight. Early RPGs told their stories through text. Now many narratives are fully voiced. Games that use text to parlay their story are seen as pushing against the grain, received by the public as either stubborn anachronisms (Legend of Zelda) or innovative storytellers (Braid).

Curiously, interactive fiction (IF) has seen a quiet resurgence, retaining its most viable community since the golden age of Zork. Most writers of IF were there when it began, though. Simpson-Bint’s 14-year-old son was not. Neither were his friends. This is the audience of the future.

Twitch TV expects their audience’s consumption of video to grow from six million minutes presently to over ten million this summer. We’re not immune to change here at Kill Screen – you may have watched one of our latest videos with The Creators Project, with more to come. Surely there’s room for both watching and reading in our consumption of news, ideas, and stories. The trick will be finding ways for each to supplement the other, in lieu of a drastic shift away from words altogether.