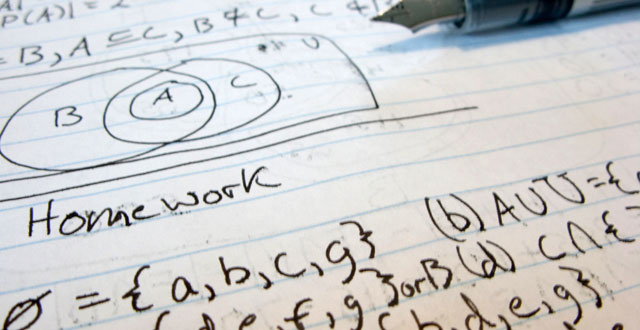 The 8th Annual Games for Change Festival at New York University entered a whole new world of legitimacy this week. They got Al “I Rescued People in a Helicopter during Katrina” Gore to do their keynote. When it comes to “change,” only Obama can top Gore.

Great strides have been made to push the festival forward as the de facto conference for education and positive change involving gaming. There were slick re-branding, big-name appearences across industries and departments, and a whopping 800-plus attendees. Nearly 70 percent were returning attendees—they can’t get enough! By all accounts, this is the best it has ever been.

The conference topics and focus have ranged from basic game mechanics to how best to approach the educational game market for game developers. The 8th Annual Games for Change Festival, in its best moments, was the eighth Lemming step of a bridge between people who love videogames, and people who want to see more of that energy in the education and nonprofit space.

Over the festival’s three days, some key themes appeared both intentionally and unintentionally due to the eclectic mix of industry, academic, and enthusiast participation. Anytime you put highly structured government-initiative types together with research groups and developers, you know you’re in for a treat. Here are some observations:

Games for Change vs. Games are Change

Monday’s programming was a mixed bag of case studies and workshops geared toward education professionals. Many workshops and talks revolved around defending or supporting game use in education.

Eight years in and Games for Change still needs to run an “Introduction to Game Design” workshop to teach people about the game mechanics of rock-paper-scissors. Seven years after the launch of World of Warcraft, and all the weddings, viruses, and real–life tragedies therein, and still there is a need to open with “Remarks On the Case for Social Impact Games.”

The disconnect in industry thinking between great games and games that teach math equations seems actually to have widened since Math Blaster.

Kerri Schlottman, director of external affairs at the Alliance for Young Artists & Writers, talked about AMD’s collaboration with Scholastic to help show kids how they can use games to learn. This outreach program involved engaging “teachers [that] didn’t know anything about videogames … so we partnered with Scholastic and Gamestar Mechanic to provide the tools needed.” What was missing were the game developers to facilitate the process.

Presenters were excited to share about the unique possibilities games have to teach Science, Technology, Engineering, and Mathematics (STEM), but often fell short on explaining exactly why games are so potent. The usual points were things like achievements, badges, avatars, and social aspects.

The serious generational and comprehension gaps continue to plague the movement, and never was it more clear than on Monday. Top-down parties and institution representatives still see games as a means to an end (Games for Change), when game developers and advocates see games as part of a sea change in culture (Games are Change).

On Monday, Nick Fortugno’s (New School, Playmatics) talk “Zen and the Art of Serious Play” highlighted this sea change with a simple anecdote: “Kids couldn’t care less about memorizing the periodic table, but they know every single Pokémon and all of their attributes by heart. We need to look at how games have achieved that.”

Game developers working in education I spoke with felt at times “seriously shackled by the restrictions of STEM and other educational requirements.” One developer said, “They want to see better metrics on test results because they need to justify this purchase.” The disconnect in industry thinking between great games and games that teach math equations seems actually to have widened since Math Blaster.

During his keynote on Wednesday, Gabe Newell pointed out that Portal 2 also successfully teaches physics, but it is experiential first. Kids playing Portal 2 see and experience physics in action, which creates a framework in which to teach things, like the equations for force and friction. Educators were awed; game developers were visibly jealous.

Someone in the crowd asked Newell if it would be possible to make a great game that also helped kids show better results on comprehension tests in school. Newell referred to World of Warcraft’s wildly successful use of repetition and recall optimization as a success story in the commercial space, but also finished by asking, “What is the benefit for the child after testing?”

Does anyone here know why Sesame Street was better than Barney and Friends?

The general focus of Games for Change was confined to education. “Commercial games” were mentioned as anecdotal or referential parts of presentations. The general assumption was that there are games for learning, and there are games for entertaining. Edu-game (or “edutainment”) developers I talked with lamented the excess of restrictions or lack of funding to make compelling games.

There is a tacit understanding among edu-game developers that their games are going to be worse than commercial ones because of the restrictions on them. It is like admitting defeat. And yet they forget that some of the most profitable, powerful brands in children’s entertainment have started and stayed in public media channels. In 2004, Sesame Street’s licensing deals accounted for nearly 70 percent of its total revenue, with divisions ranging from animation, film, and music to “interactive media.” Sesame Street started out as a show that would “master the addictive qualities of television and do something good with them.” As you may know, it started with puppets and singalongs.

Beautiful, compelling games are being created every single day on shoestring budgets. Whole media empires (Angry Birds) are sprouting up because of them. Edu-game people need to look across mediums and, yes, at “commercial” games to find their model for success.

Everything I needed to know about level design, I learned from Zelda.

Many of Wednesday’s discussions co-hosted by the Games for Learning Institute showcased amazing research by some of the top universities and institutes in the country. Jan Plass and his team at NYU have done deep-level analysis of some core gaming mechanics. Very few game developers out there are currently testing for neurocognitive functions, but after reading some of the research, they will soon. The biggest positive takeaway from these sessions was that not only have game research departments arrived, they’re producing pretty amazing stuff.

But only one of these talks (other than Gabe Newell’s keynote) discussed the masses of data and resources provided by the history of commercial games. Vittorio Marone’s “The Sack School: LittleBigPlanet 2 as an Educational Environment for a Community of Learners and Contributors” looked at how we could use an already-proven virtual social environment for education.

There is a tacit understanding among edu-game developers that their games are going to be worse than commercial ones because of the restrictions on them. It is like admitting defeat.

Every other research project involved an explanation of the experiment to test some element of game mechanics. But none of these opted to look at proven game mechanics in the most successful games. One researcher noted that “When teaching trigonometry, users who achieve results purely from strictly observation-based learning will be less successful than logic-based learning.” But game developers already know this. Their research paper is called, the Water Temple dungeon from The Legend of Zelda: Ocarina of Time.

Steamwork’s APIs have been around for nearly three years, just waiting for researchers and educators to take advantage of deep metrics on user behavior and interaction. Gabe Newell appeared visibly frustrated by the education sector during the Q&A period. He pointed out that  “Researchers in other fields are already taking advantage, not just of Steamworks tools, but of gaming environments in general, to further scientific breakthroughs.”

Education research as it pertains to games still seems to make a divide between the games that regular people love, and how we can use games to further education. I’m actually unable to find such a distinction in other areas, such as music, science, literature, and history. The stories, songs, and phenomena that people love in those fields tend to drive their learning just fine.

The underlying issue here isn’t how to make games work for education, but rather, how to make education relevant again.

Tuesday’s panel “Public Media and Games” failed to even take note of successes like Sesame Street or Super Mario Bros. Instead the focus was on how best to make videogames teach kids specific objectives. The conversations were akin to a roundtable discussion about building a house that focused on how crucial it is to perfect the motion of a person’s arm when swinging a hammer.

The dichotomy between this thinking and where game developers want to go is interesting. For developers, games are not a way to teach kids about math in math books; games (and other interactive media) are the way math will be understood for the next generation.

Nathan Verrill of Natron Baxter Applied Gaming worked on the EVOKE project (designed in part by Jane McGonigal), a meta-game that introduces gaming mechanics to create real-world change. Verrill notes that “it’s definitely a work in progress, and I’m the biggest skeptic of them all, but it’s not a reason to stop pushing forward and gather data, learn from the process, and make it better.”

Why is it more appealing to drop out of college and engage online communities that are focused on what you love, as opposed to going to school for the same thing? Why is Gabe Newell—the man responsible for ultraviolent games like Left 4 Dead 2—offering the most compelling use of games in education and providing the best road map for scalable high-value market opportunities for edu-game developers? Why does Valve have to come out into the education community to solicit projects, instead of having educators banging down its doors?

Educators and reformers are desperately trying to capture the magic and inspiration of a young and vibrant gaming community (much like a vibrant rainforest), but they have tried to create a systemic toolset to teach Science, Technology, Engineering, and Mathematics (much like a forest of IKEA furniture).

The roadblocks halting us from achieving this stem from the very dated structure of education that institution leaders have set up, from kindergarten all the way through graduate programs. The challenge facing game developers in education isn’t necessarily how to make great educational games: it’s how to get around or comply with rigid metrics that simply don’t make sense in a digital future. The challenge facing educators is to trust in the future educators, give them the tools they need, and let them get to work. Games for Change, slowly but surely, is bubbling these issues up to the top. Eight years in, but still a long way to go.