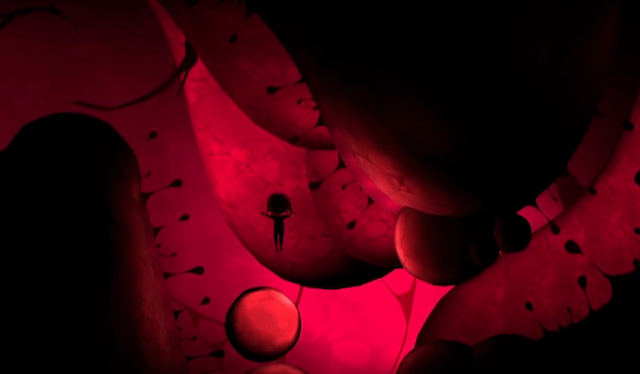 Nightmare: Malaria is a game with a good cause, namely fighting malaria in Africa. But hold up, Mr. Cynical-pants. Before you dismiss it outright on the grounds that it’s fighting the good fight, I have to say it looks like a compelling experience in its on right—sort of like Limbo with sinister mosquitos instead of that amazing Hitchcockian spider scene.

In the past what we’ve generally cared about with games with positive social messages was the message itself. These games stood out because they subverted bullying, spoke out on illegal immigration, or promoted recycling cans. The game itself, whether good or bad, but mostly bad, was an afterthought.

But here recently, we’ve seen a spate of proactive games that are awesome—Cart Life and Papers, Please being the first that come to mind. It seems we are entering the second phase of play for a good cause, where games that make a statement are just as concerned with entertaining us as they are with persuading us. This is a good for everybody, social activists, devs, us people who love games, because having a solid game underneath ultimately makes a better point for the cause it supports. Unless that cause is that the drone business is good for jobs, in which case we’re all screwed.