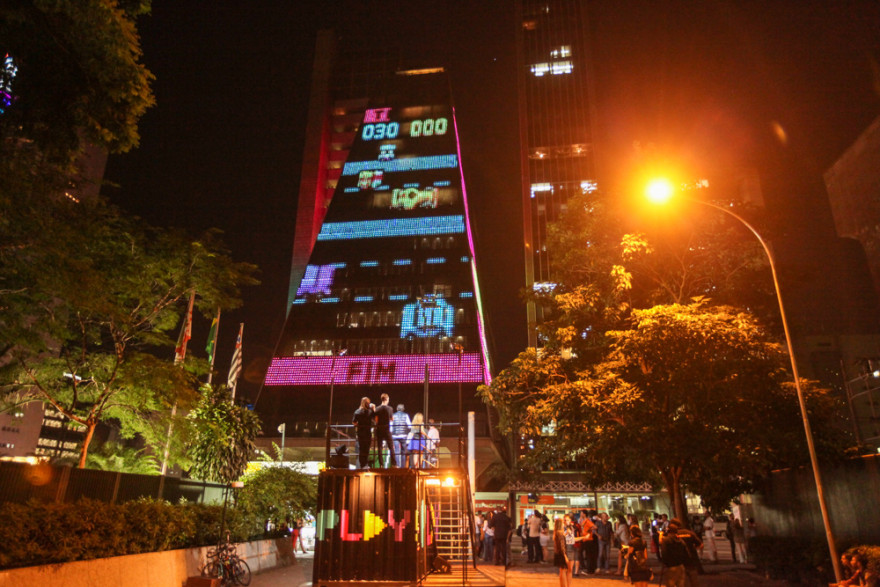 As this 22-story-tall Frogger clone in São Paulo proves, major metropolitan areas are quickly becoming skyscraper arcades. Street Crosser, a game with a social cause, joins that giant game of Tetris played over Philly a few weeks ago as the two latest examples of god-sized videogames.

But this installation isn’t merely touting that Brazilians love big buildings and games. The creators at Noobware, a Spanish game studio, say the game is an attempt to raise awareness of the high number of traffic deaths in São Paulo, having you play as little old ladies crossing busy interstates instead of the customary frog. Let’s assume this was played out of the line of sight of drivers, as it seems like a giant shiny screen in the sky might not help the issue.