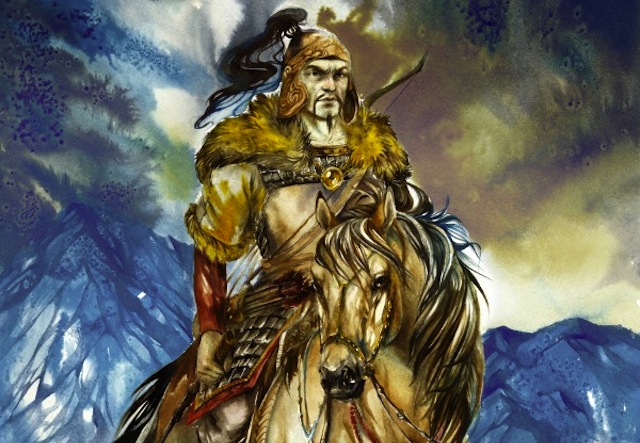 The history of the West is a violent, teeth-gnashing, and unholy succession through the centuries. And while empire-builder games let us toy with the past — to stroke our chins and speculate what if Rome had been defeated, say, in the War against Nabis in 195 BC — they’re typically a war of attrition among civilized states. The empire-builder hasn’t let you reenact the savage raids by unkempt armies on decaying empires.

Jon Shafer, the smart-as-a-whip designer, best known for calculating martial law in the daddy of all empire-builders Civilization V, wants that to change. “There have certainly been games about Rome and even its fall, but the barbarians who helped bring it about” he says, “have always been relegated to the role of antagonist rather than being the stars of the show” as they often were.

So Jon launched a new company and a Kickstarter campaign for a strategy game called At the Gates. Based on his good name and the originality of the premise, it was funded in just three days. The game is still in a prototype state, but the Kickstarter page promises that “you are here not to forge an empire, But to destroy a decadent one.” There is certain to be number-crunching and resource management and Roman maps, but more dramatically, there will also be blood, thanks to those scourges of history, like Arminius, Atilla the Hun, and Vercingetorix.

A self-described unapologetic Wikipedia addict who spends hours researching Rome online, Jon holds a degree in History from Towson, and says he is taking into account class lessons on the migration of the tribes and the slow, gradual decline of the Empire. He tells me the idea for rethinking the 4X genre (that’s explore, expand, exploit, and exterminate) came from a triumvirate of influences. He was listening to Mike Duncan’s exhaustive History of Rome podcast, thinking about the ways maps in games could evolve over time, and having conversations with a designer friend about basing a campaign on the fall of Rome.

Who is Jon’s favorite destroyer of Rome? Genseric of the Vandals, who not only moved his entire tribe from Spain to Carthage and conquered the heart of the Roman Empire in 430 AD, but also ruled for fifty years after that, transforming the Vandals into a dreaded naval power.

“There’s a reason why the name of their tribe is part of the English language today,” Jon says. “You could very easily call Genseric the King of the Pirates, which, I’m sorry, has got to be the most awesome title you could possibly end up with!”