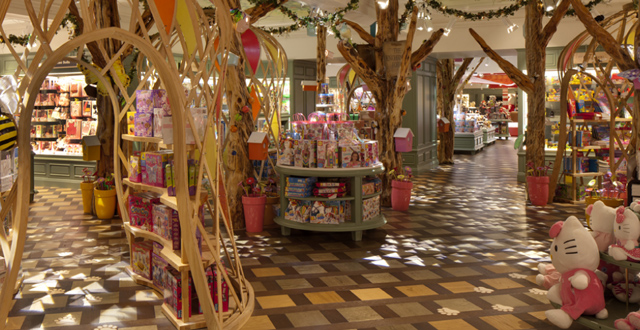 French social critic Roland Barthes once wrote that children’s toys “prefigure the world of adult functions” and “prepare the child to accept them all.” In other words, toys are probably kids’ first encounters with social stereotypes and expectations; they instill through play both the good and bad of the adult world—especially gender roles, a subject of particular criticism in recent months.

The London department store commissioned the multi-million pound Toy Kingdom to be grouped by theme rather than gender, with new zones including an enchanted forest, a miniature toy world, a circus big top and a sweet shop.

With a simple but astute move, the Toy Kingdom gives us a new model for play—one in which I won’t be shamed for loving Hello Kitty.