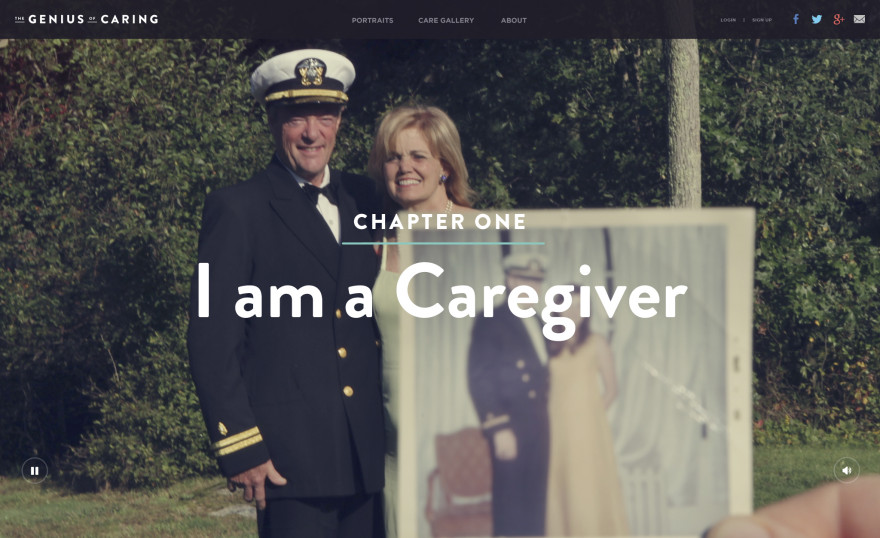 If you’ve never had to care for someone in your family who is ill, you probably don’t know that one of the worst parts is explaining your situation to people who’ve never had to experience it. In the face of disease or death, no one knows what to say. Caregivers know that. They feel it every time things get worse, or the person who they are caring for asks them a question they can’t answer. No words make circumstances easier to swallow. But talking about it freely is just about the only comfort that keeps your head above water.

Those who don’t have this knowledge—those who freeze, paralyzed by the sudden fact of death—will either sputter, trying to find the perfect words to say to you, or just stay silent. Sometimes, those dealing with disease will even have to comfort the people they must tell about their situation: “That’s okay, no one knows what to say.” Or, if it happens enough times—if you’re angry and exhausted enough—something more like: “I don’t need you to say anything.”

Talking about it freely is just about the only comfort that keeps your head above water.

Open dialogue is just about the only way of coping with disease. Yet oddly, I’ve never seen a subject people from all ages and across all walks of life are less capable of approaching. I suppose it must be instinctual, to want to sweep all hints of our morality under the rug. But like so many other social taboos, it’s about time civilization conquered instinct on this matter.

The Genius of Caring is an interactive documentary that allows caregivers coping with Alzheimer’s (and other forms of dementia) to share their experiences. It’s an offset of the recently broadcast POV documentary The Genius of Marian, which follows film maker Banker White’s family as they slowly begin to lose their mother Pam to the incurable disease. After just a year of Pam trying to memorialize her mother in a book entitled The Genius of Marian (otherwise known as renowned artist Marian Williams Steele), Pam received her own Alzheimer’s diagnosis.

The film began as a personal project between mother and son—a way for Banker to help his mom finish the project she would not be capable of completing herself. As he tells the Boston Globe, “it gave us the ability to slowly talk about my mom’s own diagnosis, because we could reflect on what it felt like for Marian, which was very comfortable for my mom.” After a successful Kickstarter campaign two years ago, the documentary finally aired on PBS on September 8th, along with the beta launch of The Genius of Caring website.

“[The documentary] became a space where we could process and grieve,” Banker says. “I had really emotionally connected conversations with my father with the camera between us.” The importance of that space to the grieving process lead Banker to launch another Kickstarter campaign, seeking funds to film at least five other portraits of families for The Genius of Caring website. The site launched with a portrait of Banker’s own father, who has been Pam’s loyal and loving primary caregiver since the beginning.

As the campaign description states, Alzheimer’s and other related diseases affect 5.4 million people in the country, with 15 million caregivers left to watch their loved ones. Yet, despite these massive numbers, “shame and stigma still prevent us from talking openly about its impact. [But] I believe The Genius of Caring can help change that.”

The site, though clearly in its early stages, features a “Care Gallery” tab, which allows contributors to answer a range of questions, including: “the thing I miss most…” and “I first began to worry when…” The gallery already houses many stories, with comments from other caregivers showing support or appreciating the shared experience of this difficult journey that is equal parts love as it is hardship.

Most importantly, however, “The Genius of Caring has the potential to shift the way we talk about illness and loss and to start a conversation about these issues on a large scale.”

The campaign has eight more days to raise over $15,000, with some of the higher rewards including original paintings from Marian Williams Steele, the mother and artist who began it all.