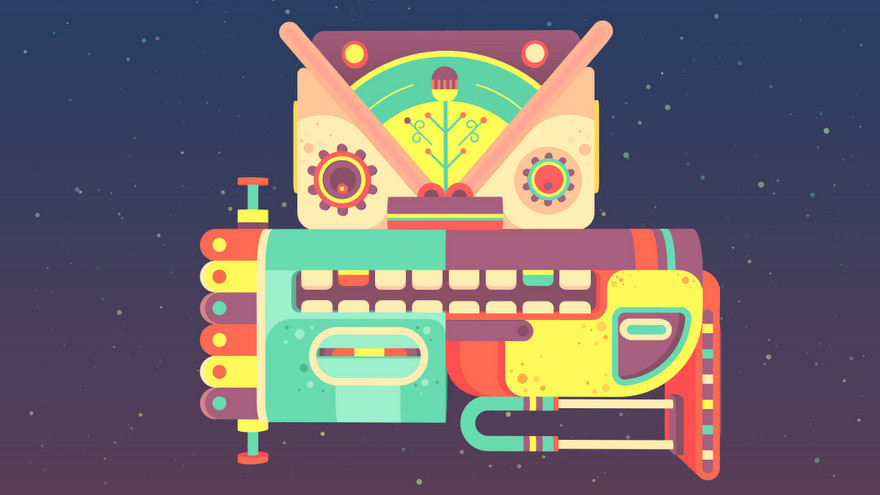 I don’t want to sound too snooty here, but when I think of GNOG—an upcoming puzzler from KO-OP Mode—I’m reminded of one of Thoreau’s many stirring calls to action near the close of Walden: “Be a Columbus to whole new continents and worlds within you.” For me, the suggestion that my body—the most real, most physical thing I know—can be a metaphor for something as expansive and varied as a continent is thrilling. Mushy, I know, but stick with me.

GNOG (pronounced nog, as in “noggin”) is a game that takes those worlds within and turns them into intricate playgrounds. Players are presented with the head of a monster, both the inside and outside of which they can interact with. All the moving parts of the monster’s head form a kind of whimsical puzzle with tons of stuff to investigate.

Some of puzzles have solutions that lead you to other heads, and some are just for playing around. But as creator and lead artist Sam Boucher explains, every monster has plenty of room for play and exploration: “Each head is kind of like a packed ‘hypertoy’ filled with secrets and toys, and players poke around, interact with the weird objects, and find links between things.” Additionally, each level is connected with levels beyond, in what Boucher calls a “large web” of “interconnecting hypertoys”: “A submarine gnog might lead you to a whale gnog, a whale gnog to a treasure chest, etc.”

On top of all this, GNOG boasts some dazzling design. The visual style of GNOG is explosive and fun, filled with kooky monster-faces that look like the best possible outcome of an ayahuasca trip. Each face seems born of some unholy marriage of the robotic and the organic, Frankensteins made out of flesh, VCR parts, and smashed-up Fisher-Price pianos.

GNOG takes those worlds and turns them into intricate playgrounds.

Maybe poking around in a monster’s head is a little more claustrophobic than Thoreau was thinking, but GNOG still cashes in on the idea that the inside of your head could be a hive of life and complexity. There’s no official word on when GNOG will be released to the public, but the game’s website reports that it should be available on PC, Mac, and Linux sometime later this year. In the meantime, check out their cool new trailer below.