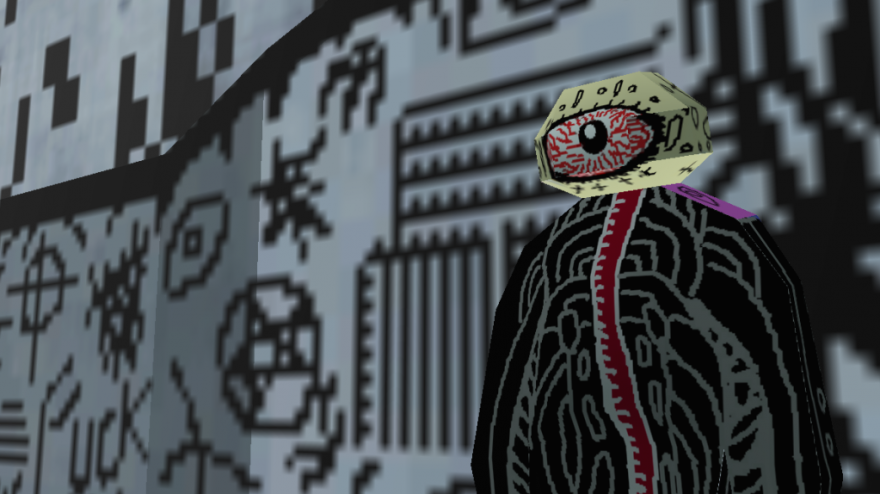 Games are mostly devoid of a “making of” genre. Indie Game: The Movie (2012) and various art books may tell the story of a game’s creation, but there is no Hearts of Darkness for games, largely because the amount of work and the number of art assets that go into a game means the “making of” commentary can’t really be strapped together out of film from the cutting room floor, or interviews from the set, or old storyboards.

What can give us a look into how games come together are what Lily Zone calls “pieces of game”—in the case of her Ephemera Pak, which is stuffed with prototypes in various states of completion. The Ephemera Pak is 21 fragments of games Zone has put aside, or recycled, or abandoned completely. They’re clearly unfinished, but aggressively so—the doors in City Maze have a sound effect: they say out loud, “This is the sound of a door opening.”

the ambiguity is what makes it exciting to explore

It turns out that this collection ends up being a good way to absorb some of Zone’s work—sifting through the files and finding out how far each of them goes has the same exploratory tone as Oneric Gardens (2014) or Crypt Worlds (2013), except instead of going from cavern to cavern, you’re going from app to app. It’s fractured and difficult to understand exactly what’s going on, but the ambiguity is what makes it exciting to explore.

The readme.txt file for Alien! Alien! Colonize the Heart lists some buttons and ends with “that’s all i can think of for now!” If you play that one and then boot up Pyramid Storm, you’ll see the same red spaceship and the same cute cyclops aliens. The palm trees in those games are the same as the ones from Oneric Gardens. Installing RPG through the setup file will give you dialog boxes full of question marks, just like trying to talk to anyone in City Maze will give you untranslatable glyphs.

Zone’s games very frequently carve out a particular sense of space and are populated with tiny encounters with an odd cast of characters, and in The Ephemera Pak, that is expanded to your filesystem. There’s no cohesive whole here—there’s not supposed to be—but there are components that when fitted together make up more than the sum of their parts.

You can find The Ephemera Pak on itch.io.