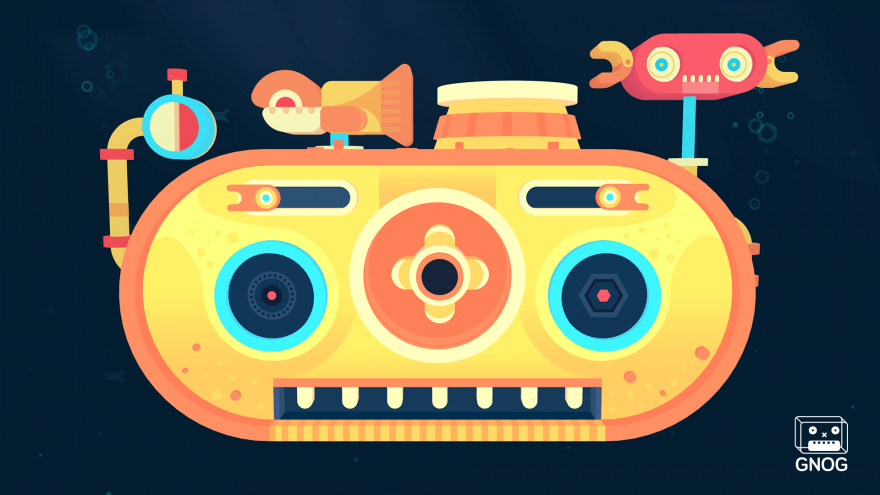 Australian milk packaging from the ’80s, designer toys made from wood, illustrations of otherworldly science-fiction landscapes. These are the sorts of images you’ll find neatly organized on GNOG creator Samuel Boucher’s Pinterest board; the sort of things that he cites as inspiration for GNOG’s monster heads—most of which are almost done. After three years of work, GNOG is almost ready for release.

Yep, it’s been announced that, in early 2017, GNOG will be released on PlayStation 4 and PlayStation VR. And a Steam and iOS release will come soon after.

Until then, Boucher and his team at KO-OP will be refining the game. “We’re in the polishing phase right now, so we have the whole package and we’re just adding little effects and animations,” Boucher told me. “It’s really changed a lot [since we first started development.] I needed to learn 3D modeling to make the game. The first model looks really shitty and it eventually got better.”


Calling GNOG’s monster heads simply “better” is an understatement. They’re remarkably complex-looking, but still neatly packaged. Clean. (Looking back to the Pinterest board, it’s not a surprising aesthetic to see.) Calming. It’s an effect that will hopefully muffle the frustrating feelings of not being able to solve a puzzle. And if you’ve played puzzle games, you know you’ll likely feel it at least once, even in a game as enchanting as GNOG. Players will basically have to brute force puzzle solving in GNOG, pushing buttons and pulling levers, to see what everything does. “You don’t necessarily know what the goal is,” Boucher said, “but by playing with stuff you sort of learn, ‘oh, okay. I need to put that thing there. I need to rotate this.”

Each monster head is its own contained puzzle. “It’s not like there’s a system and we expand and it’s ramping up in difficulty or something like that,” Boucher added. “We sort of need to start from scratch [in terms of teaching the player] for each level.” That’s not to say that nothing carries through, though. KO-OP had a “very limited” number of interactive features available in GNOG, so players will likely catch on to the game’s puzzle functionality.

Curious players will succeed. After all, that’s what the game is about. Curiosity and exploration. And toys—which, by the way, is somewhere Boucher would love to take the game one day. Creating physical toys based on GNOG, a la Nathan Jurevicus and Scarygirl (2012), would be a dream for Boucher. For now, it’ll stay a dream, though: “The upfront cost of it is so much,” he said. “Maybe one day if we get successful or we have a bunch of money.”

GNOG will be released in winter 2017 for PlayStation 4 and PlayStation 4. The game will also come to Steam, but a release window has not been announced. See more of it at the GNOG website.