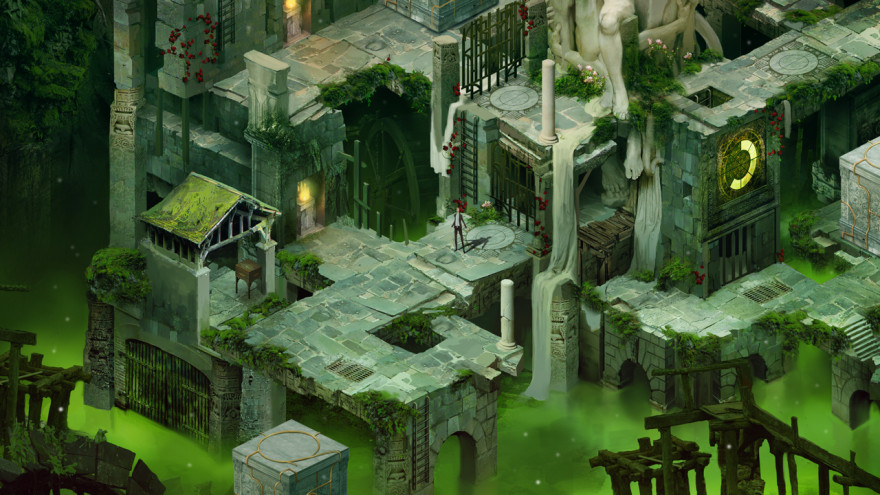 Pavilion doesn’t explain itself. The kind souls at Visiontrick Media have left that to scribes and, as was announced today, owners of PC, Mac, and Linux computers by the end of the year.

Let’s give it a try, shall we? (The new trailer below should help.)

Pavilion is a puzzle. What isn’t? As was previously mentioned, the game does not come with instructions; it just drops you into its puzzle and lets you figure things out. And why wouldn’t you want to figure these things out? Pavilion is a fascinating mix of architectural styles, as if every spooky corner of the world had fallen through a black hole and wound up in some alternate universe. Floating on islands in the gameworld are huts and secret rooms and columns and they all shouldn’t really be going together but, well, here they are. There are also stairs…so many stairs.

Where do the stairs go? Well, that’s kind of the point, isn’t it? Pavilion mixes the mechanics of a maze, the stairlike structure of Monument Valley, and the unfolding nature of Tengami. You have to learn as you go, but at a certain point learning and discovery are really the same thing.

learning and discovery are really the same thing

There are locks in Pavilion, some of which are even literal. For the most part, however, Pavilion is a metaphorical lock, the kind of space that can be opened up but only if you follow a specific sequence and take the time to understand how it works. In this case, you are the key. You don’t know it yet, because if you knew you were the key, everything would just click into place. But that is what you are, and you’ll just have to learn on the job.