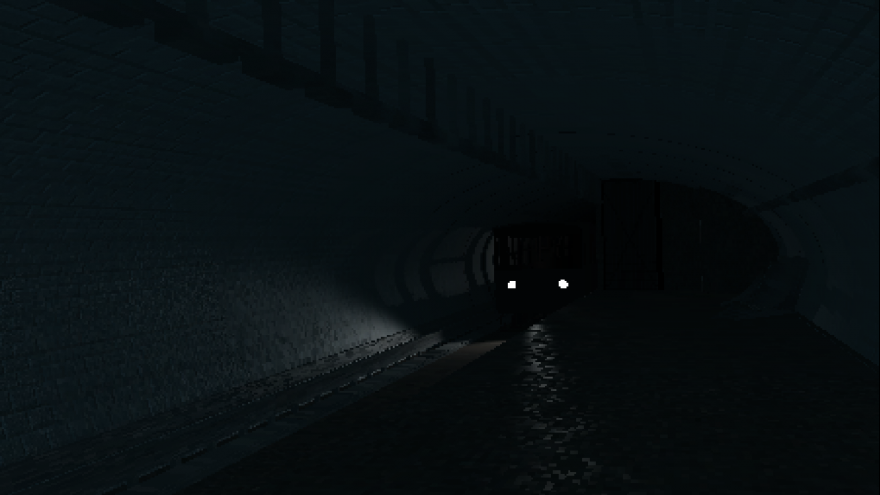 In 1939, at the dawn of World War II, France shut down several of its subway lines. Many of them, left to decay in the cold, manmade caverns of the underground transit system, never reopened.

These historically abandoned tunnels are known as the ghost stations of the Paris Métro, and serve as inspiration for Station Fantôme, one of Pol Clarissou’s most recent experiments.

the station is dark and you are alone

In Station Fantôme, there is no movement except for that of the incoming train. You remain stationary at the platform, a presence as ghostly as the pale blue tint of the tunnel. While you can’t move, you can look around. The station is dark and you are alone.

Then there’s the almost spectral screech of an inbound train and the lights signaling its approach, before the railcar zooms by over the groan of the tracks, disappearing into shadow at the other end of the tunnel. If you know where to look, you might realize that you aren’t as alone as you thought.

What some call “walking simulators” are commonplace in videogames now, thanks to increasingly popular titles like Dear Esther and Gone Home, and more obscure efforts like Bernband.

These are experiences that let you explore a space at your own leisure, and perhaps be told a story whilst doing so. Or not—sometimes the story is your own to make, which is just as good. Either way, there’s an established space that you explore, and so the designer of that space must take into account what it means for someone to occupy it via motion.

But what if there’s no motion involved in the exploring? I suppose you get things like this: a digital 3D scene where fixed position is key, and where the things you cannot see may be even more important than the things you can.

I used to call things like this videogame dioramas, but I much prefer Clarissou’s term: idlescape. For something similar, check out one of my favorite examples from Florian Veltman.

You can download Station Fantôme on itch.io for Windows, Mac, and Linux.