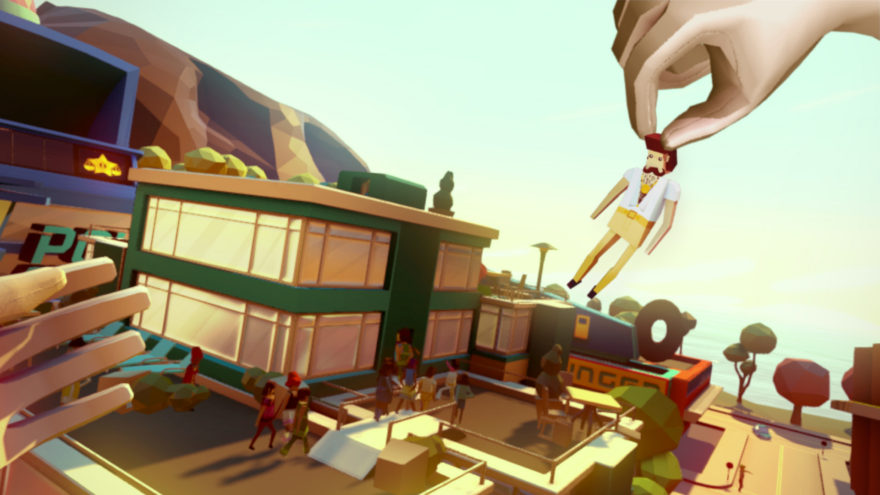 Other Ocean Interactive revealed their upcoming game, Giant Cop: Justice Above All, at the PC Gaming Press Conference at E3. It’s a virtual reality game about policing the town of Micro City as a Godzilla-sized officer of the law, and it looks just as silly as it sounds. All the characters (including the giant cop) appear as caricatures, and the citizens have equally over-the-top voice acting to match it.

tossing dissenters into the ocean

The trailer promises giant missions and a giant world to go along with your Giant Cop. The citizens of Micro City, however, seem pretty divided on the merits of this enormous officer. Some extol them making the city safe, and cleaning up the streets. Others, who notably are thrown into the horizon or have semi trucks dropped upon them, are less enthusiastic, claiming that Giant Cop has made things too restrictive.


Of course, it isn’t all lighthearted crime-fighting fun. The trailer seems to insinuate that the tale of Giant Cop may not be the story of a hero. Tossing dissenters into the ocean, exploding protesters, and constant surveillance all seems par for the course in Micro City since Giant Cop came to town. The trailer even ends with the former nudist dissenter from the beginning of the video, shaking in fear while monotonously proclaiming the greatness of Giant Cop—clearly being held against his will.

The game’s website does say it’s your choice to use “an iron fist, or a soft hand” while policing, but let’s be honest. If you can knock someone into the sunset with your giant magnifying glass you’re going to do it.

Learn more about Giant Cop: Justice Above All here.