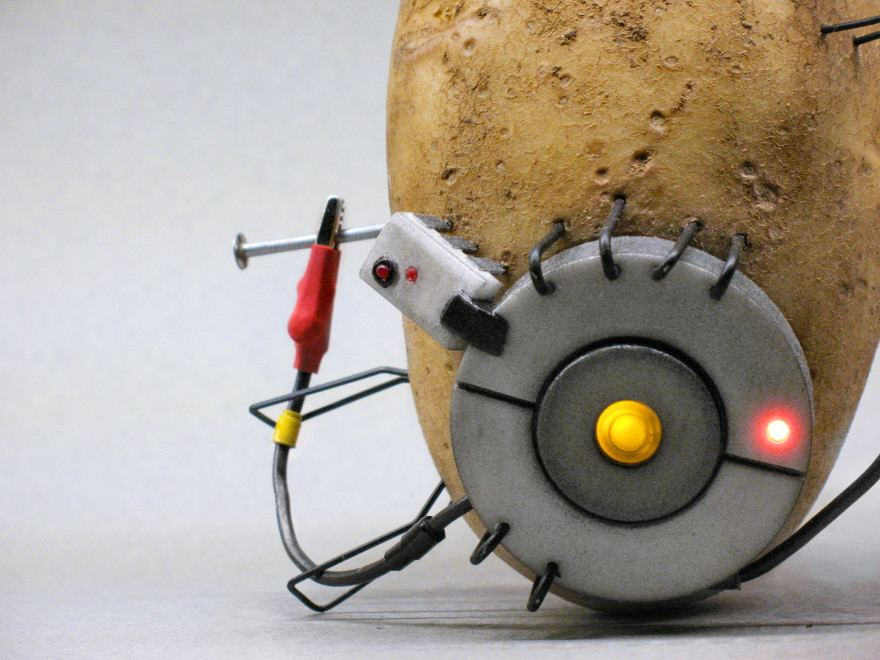 It started with the phone operators, feminine voices exuding charm at the end of the line and wanting nothing more than to direct your call. World War II saw these women utilized in airplane cockpits because they appealed the most to men. Years down the road, a similar voice is used to direct your car, your trip, and your everyday life thanks to Apple’s Siri and the mainstream use of GPS.

These disembodied female assistants are such an ingrained part of our culture that their gender is an afterthought. Studies, according to a CNN article in 2011, have shown that people prefer a female voice more than a male one, probably thanks to a connection we make first in the womb to our mother’s voice. Male AIs are used to convey authority (see movie trailers and HAL from 2001: A Space Odyssey), while female voices primarily depict user-friendly, more motherly interfaces.

An extremely familiar one can be heard monitoring jaegar vitals in this summer’s Pacific Rim: it’s Ellen McLain, the voice of GlaDos, a monotone but charming voice that wants to help you through a series of puzzles in the Portal series. She gives you vague hints and tests your will by trying to burn you alive. She also told you there’d be cake, so that’s a plus even though it’s a dubious prize at best. She’s one of the most menacing figures in videogames thanks to her dry narration and deeply robotic, yet oddly realistic voice. The combination of her witty deadpan personality and trustworthy tone (at first, anyway) makes for a fantastic villain.

SHODAN from the System Shock franchise is the same way. Originally the artificial intelligence was silent, but the sequel changed all of that. The second game has her luring you deeper into the Von Braun with a friendly, feminine voice, disguising herself as a fellow survivor. It’s halfway through the game when you realize that she really sounds like a virtual monster, a once-human voice filtered through the static of a computer and deepened to levels that make your skin crawl.

Not all female AI want to do you harm. Most are helpful, such as Angel from the Borderlands series (most of the time) and Cortana from Halo. Even GlaDos’ voice in Pacific Rim was more bent on giving you information than trying to kill you. They give you advice, the rundown on objectives, and, in the best-case scenario, plead for your safety. In one of the endings in the Stanley Parable, the male voice that was following you around is wiped out by the introduction of a female narrator that helps you to escape certain death. However, you feel uneasy, knowing that something worse is around the corner.

Cara Ellison already breached this topic last year in her article “Mother’s Legacy: Engendering AI in Video Games,” stating that the terror stems from an instinct to see the female as the mother, the fear coming from seeing your mother as your “own worst enemy.” “Videogames use this idea of the controlling mother figure to play with us, to scare us,” she stated. “She’s meant to be caring, protective and helpful but she often turns out a bitch from hell.” While Ellison does have a point—especially when it comes to the studies that show we have a connection to our mother’s voice starting in the womb—I think it’s broader than that.

Even if you take away the computer and the villainy, the disembodied male voice is still authoritative and persuasive.

Society has taught us that the female voice is the most trustworthy. HAL from 2001 taught us to be afraid of the male one thanks to the manipulation and horror that came from his calm, dry presentation. A theory quoted in the CNN article above says that “more computerized voices would be masculine if not for the associations with HAL.” Even if you take away the computer and the villainy, the disembodied male voice is still authoritative and persuasive. Movie trailer narrations are performed by men because they are getting you to see the film.

In contrast, user-friendly interfaces like Siri are female because they are giving you advice; talking with you instead of down to you. They’re considered more trustworthy, probably thanks to the passivity usually seen in women stereotypes. “Voices intended to convey authority (such as voice-over narration in films) tend to be male,” Rebecca Zorach, director of the Social Media Project at the University of Chicago’s Center for the Study of Gender and Sexuality, told CNN. “So yes, probably these compliant female robot voices reinforce gender stereotypes, not just because they serve the user but because the technology itself is about communication and relationships.”

When we hear GlaDos in the beginning of Portal, we have to listen to her. We trust her despite the seedy undertones of her tests, and when she ultimately betrays us, we are let down and disturbed. SHODAN is the same way, especially in System Shock 2, when she uses the voice of one of the female survivors to lure you to her lair and gain your allegiance. You’ve been manipulated both times into believing that this voice is your chance for survival when in actuality, it doesn’t care about you. This is beyond listening to your mother. This is taking the biological tendency to believe the female voice over the male and throwing it on its head, creating a contrast that leaves you to wonder where it all went wrong.