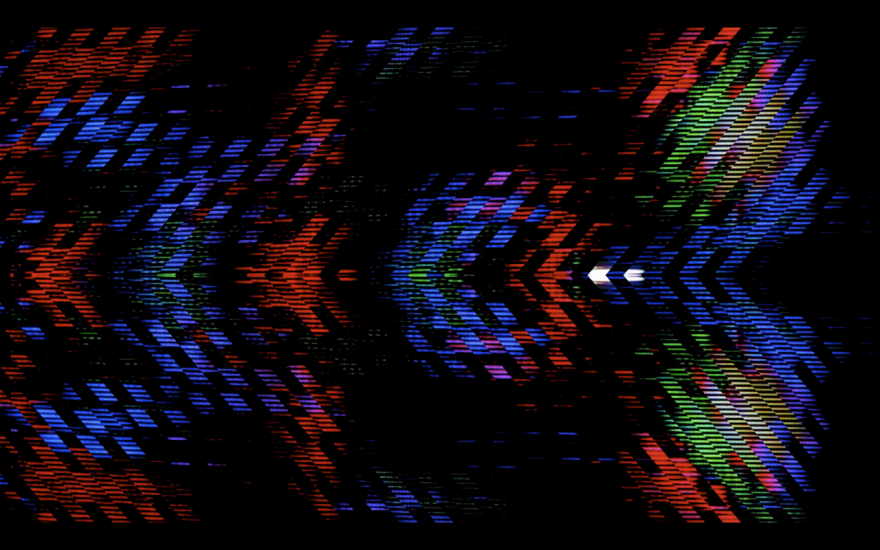 “In the crowd of a subway station, commuters stand on the platform of an impersonal world, in a situation that may well stand as epitome of modern high-tech civilisation.” This is what Nico Antwerp had to say about the inspiration behind “music for jostling commuters,” a 2:32 track set for release later this year on audio cassette.

Antwerp is a frequent collaborator with visual artists (see his work on Dreamland) and the collaboration with Benjamin Sammon marries the similarities of their craft. Antwerp’s music carries with it the strains of the -wave and -punk internet subgenres that have come before it, and Sammon’s “glitched out colourscapes” do as well. Combining “analogue video techniques,” including “a mixer built into an incense pyramid” and a “mixer based on the Karl Klomp dirty mixer, which [he] built into the body of an old stills camera,” Sammon fused his unique visual style with Antwerp’s jams.


Cassette has been marked for years as a low fidelity piece of equipment, often derided in the place of the more popular analog: vinyl. With cassette tapes making a comeback, both in popular conceptions of their quality (a cassette is only bad if you are listening to a cheap cassette on a cheap system—go figure) and in terms of nostalgia, it goes especially well with Antwerp’s music:

“Nowadays we can record Lo-Fi sounds but in the end we still produce our tracks on a Mac, so I don’t think we can really talk about low fidelity anymore. We can now play with some sort of contradictions… Cassette tapes, throughout the 90s were essential as you could listen to music while travelling.”

“nostalgic about an evocative tangible design”

Since Antwerp’s music in this case was designed with the traveling commuter in mind, it makes sense that there is this connection to a physical media made popular by the Walkman and the over-the-shoulder boombox—this is the system for the music listener on the go.

There is also something to be said for a piece of media that you can hold in your hand. “I am only nostalgic about an evocative tangible design,” Antwerp writes. With a digital age producing its own separation between consumer and consumed, why not bring back the tangible in creative design?

You can listen to the full album, KELMU, which is a selection of live recordings of Antwerp’s work, when it is released this fall.