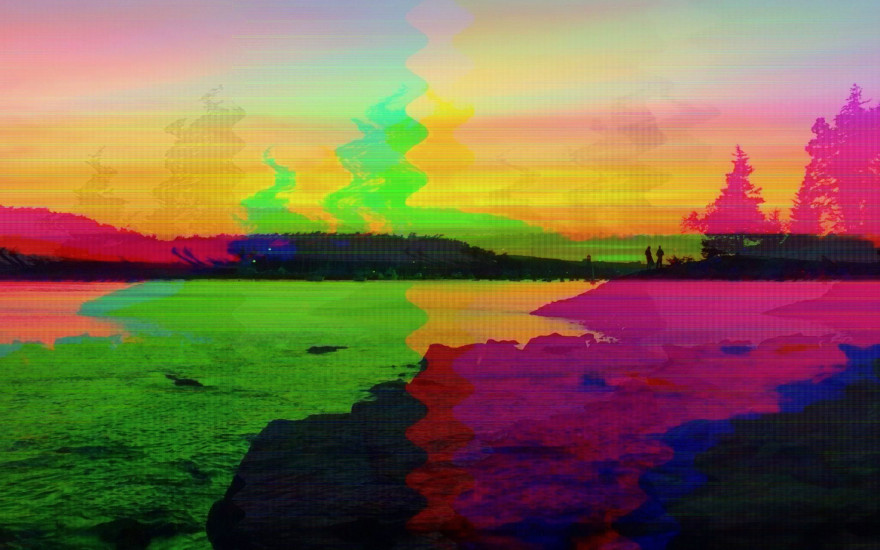 Glitches aren’t just a subcategory of digital art anymore. Adopted and popularized in various forms by everything from Marble Hornets to Game Jolt, the aesthetic has become the latest social media craze to transform average Joes with an iPhone and a Wi-Fi connection into true artistes. And while that may sound like a jaded take on the versatile Glitch Wizard app, it isn’t. It’s a celebration of art’s increasing accessibility, and the chaotic and ephemeral beauty of the internet’s user-generated content.

there really is a fair amount of artistry involved

The Glitch Wizard app empowers users to glitch out every piece of media content they can possibly get their hands on: whether it be their own personal photos and videos, or any old online GIF. Whatever it is, this GIF generator provides an overwhelming amount of visual distortions to spice them up, like running the images through different audio filters or manipulating image hex.

The filters and effects vary greatly depending on the content itself, so the process of glitchifying your image or video feels much more experimental than—say—simply adding an Instagram filter. All joking aside, there really is a fair amount of artistry involved, due to the ability to overlap effects and control each image frame-by-frame. For example: I considered making my own creation above a sudden deterioration into static pixels, but instead decided a gradual VCR film malfunction produced a much creepier result. 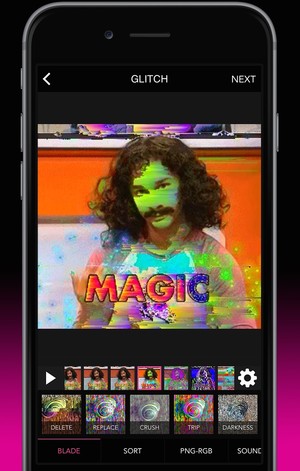 After producing your masterpiece, you can blast it across whatever social media platforms you choose. Granted, some aspects of the app feel like the digital equivalent of buying a brand new pair of jeans with holes in them—only a lot less moronic. But it’s true that the glitch began as an unwanted byproduct of poorly functioning technology. So it’s fascinating that, like the Sepia tone which originated as a limitation of early photography, our technology’s functional errors are now also rising to the status of treasured cultural aesthetic.

Helping spread glitch art to the masses isn’t the only gift app creators Allan Lavell and Connor Bell have bestowed upon us, either. To promote the app’s latest update—which, along with several other improvements, includes a brand new filter pack called SHIFT—the team released a revamped version of Backstreet Boys’ classic hit “I Want It That Way.”

As a simultaneous demonstration of the app’s glitch skills and a collaboration with electronic music producer PINEO, the Backstreet Boys receive the full millennial overhaul. The results speak for themselves, the revamped video acting almost as a bridge between two vastly different decades, effectively rendering ’90s boy band pop a digestible experience for uninitiated Gen Zers. And, frankly, if Nick Carter’s mushroom cut enhanced three fold by an echo filter doesn’t make you want to get this app, I just don’t know what will.

Though the app was free for a day as a gift to all those who glitched out IRL for the 4/20 holidaze celebration, Glitch Wizard will continue to sell at a discounted price on the App Store throughout the week ($0.99). There’s also a 420 competition being held during that time, with prizes including “magical printed animated GIFs from GIFPop.”