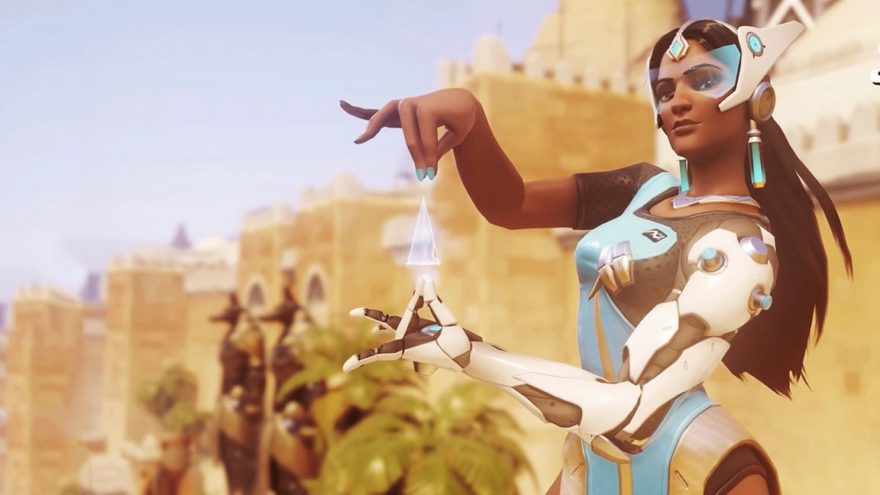 Look, I get it: you hate Symmetra. She doesn’t heal. She doesn’t snipe. She never gets her own Play of the Game, but trust me, she’s always there, silently, in the background of everybody else’s. Genji mowing down an entire team that’s trying to capture a point. Winston leaping into the backlines before sending three opponents careening to their bottomless deaths. Dang, a Tracer might think. I thought everybody was dead, and yet here they are again, with shields, stabbing me in the kidneys and hitting me off cliffs.

Symmetra will autograph your baby

Have you ever noticed how short the respawn timer is in Overwatch? It’s mercilessly so, but built in to each map is an additional respawn penalty in the form of travel time. We’ve all died numerous times only to walk through a Hollywood set just to get back to the real game. It’s a moving obituary: a place for regret. A place for reflection. A place for shame.

Symmetra might not fit neatly in with the other healing supports, but that’s because she’s running on her own system of order and trying to beat back the chaos of Overwatch’s colorful world. And when that chaos ends in a team wipe, she’ll be there, helping your teammates’ sorry asses get back to the front lines to defend as fast as possible. She’ll be there, in the background, putting you all neatly back onto the shelf that is the capture point, her shield a fresh dustcover keeping the disorder at bay.

Ana – Ana is the protective mother we all want
Lucio – Inside the idiot party-bubble of Lucio
Mercy – Mercy is the most terrifying character in Overwatch
Zenyatta – Praise be to Zenyatta, then chill the heck out