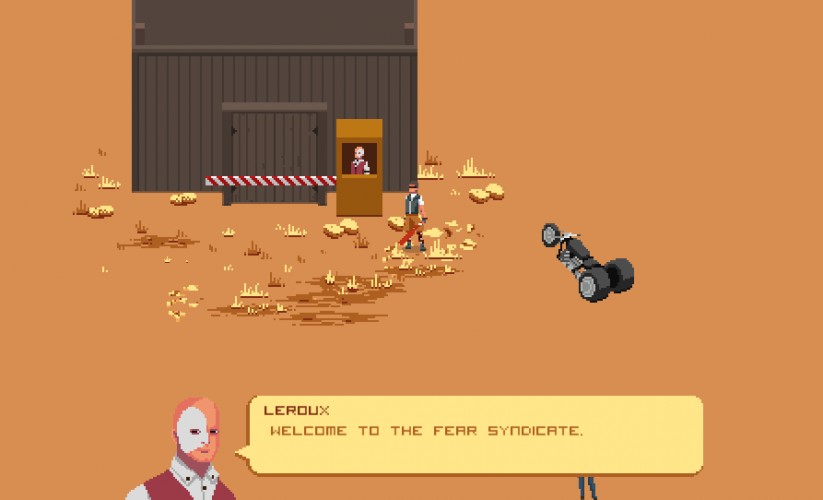 Violence is commonplace in videogames. It’s commonplace in most popular media, but its role in games comes under particularly heavy fire. What strikes me as weird about videogame violence, as someone who plays plenty of violent videogames herself, isn’t its prevalence as much as its weightlessness. Violence in games is often trivial, reduced into menial tasks that rarely reflect anything important about characters or plot beyond serving as shallow narrative impetus.

These acts usually result in some form of currency for the player, like coins, money, items, or points, that make them worthwhile—something to be rewarded for. That isn’t to say games haven’t found a way to make these tasks mechanically enjoyable, but that doesn’t make the casual treatment of violence any less unusual for the medium.

Some game developers do know a thing or two about the weight of violence, though—Deconstructeam is one of them. Their 2014 point-and-click adventure, Gods Will Be Watching, made players feel the full burden of loss with every difficult choice. Violence was no laughing matter.

So with their most recent jam game, made for Ludum Dare’s “You are the Monster” theme, Deconstructeam jumped on the chance to parody videogame violence, taking a much more nudge-wink approach this time. It’s called Fear Syndicate Thesis and you can download it for free on the Ludum Dare website.

Fear Syndicate Thesis is set in an ambiguously post-apocalyptic world full of hordes of people just standing around to be killed, either beaten by your bat or run over with your motorcycle. The setting seems to be a joke in itself—most games attempt to justify their excessive violence with scenarios that could reasonably allow for mass slaughter to occur. That’s why zombies are so popular.

After spending some time running over people outside the first town and collecting the arbitrary coins they drop (because don’t lie, you probably did—it’s what games expect from us), you proceed to a toll booth where a masked man named Leroux wants to give you a job. But first you have to complete some tasks: kill this number of people with your bat, run over this many people with your bike, collect this many coins from dead bodies. You could say it gets weird from there: the game begins to warp, characters stretch out into distorted pools of pixels, the screen rotates, bright colors flash. But how is this any weirder than what you’re being asked to do in the first place?

The message here isn’t new or mindblowing—its creator refers to the game as “bad” in a postmortem—but I appreciate its unexpected tonal shift. Plus, the backstory explaining it is interesting. According to Deconstructeam, the game was originally meant to be a longer adventure involving post-apocalyptic debt collectors that, based on its description, seemed to glorify the fun of videogame violence rather than critique it. With the clock quickly ticking down though, Deconstructeam turned it all around to create the commentative experience it is now.

“In less than 6 hours, I mixed all the assets mindlessly in an attempt to create pointless entertainment around violence just to lead the player to the reflexion that violence implies deeper things than just hitting and killing things,” writes Deconstructeam. “I wanted to share what I experienced developing the empty fun behind violence without opposition.”

Fear Syndicate Thesis might not be anything genius, but I wouldn’t be opposed to its creators expanding on it. If I’ve learned anything about Deconstructeam from their jam games, it’s that they come up with the best titles. A name that cool shouldn’t go to waste.