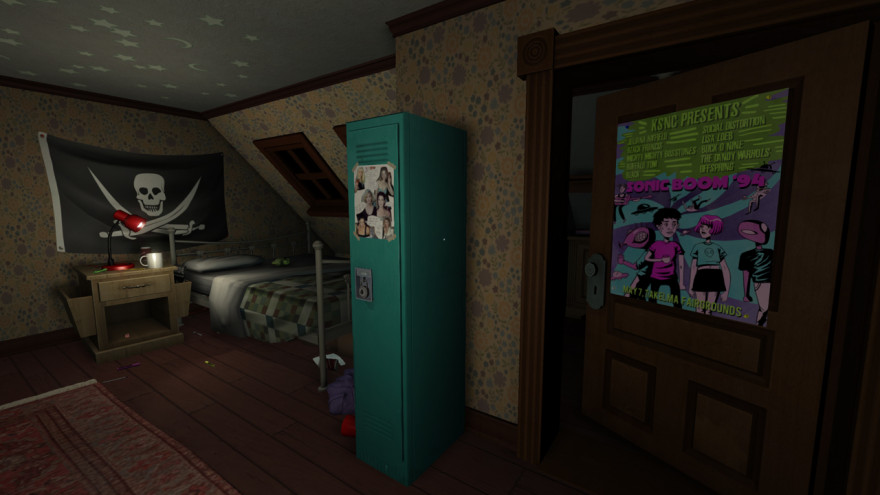 It’s fair to say that we’re quite fond of Gone Home. It was our Game of the Year when it came out for PC back in 2013. And its mark has been left not only on our own minds, but in those of other creators, with Gone Home‘s intimate exploration of household objects manifesting in various game narratives over the past two years. Of course, there’s more to it than that; the moment of genuine terror it manufactures, the homage to the 1990s and teen angst, its housing of one of gaming’s prominent queer relationships, exploring themes of aging and growing in-and-out of various passions.

That Gone Home will be able to reach more people from January 12th as it’s coming to PlayStation 4 and Xbox One then is, of course, great. But for those of us already familiar with that small house in Oregon this new platform launch is a chance to further indulge a fascination. Get this: The console versions of Gone Home will come with 90 minutes of behind-the-scenes commentary from the creators. Finally, we get a chance to find out what makes this game tick, perhaps both literally and figuratively.

Unfortunately, before that date, we don’t know exactly what the folks over at The Fullbright Company divulge in this commentary. It’s all speculation for now. But, we do at least have a special message from studio head Steve Gaynor, who speaks in the video below about bringing Gone Home the announcement.

The Fullbright Company is saying that this console version of Gone Home is a “PC-perfect” translation, meaning that it plays exactly the same as it did on PC, albeit tweaks to some of the controls to make them perfect for playing on a gamepad may be present. It may not, however, look exactly the same, as Gone Home has since seen an upgrade in its transition from Unity 4 to Unity 5. In other words, if there are any changes at all, it should look a little better.

You can find out more about Gone Home on its website. Of you could, you know, read our review.