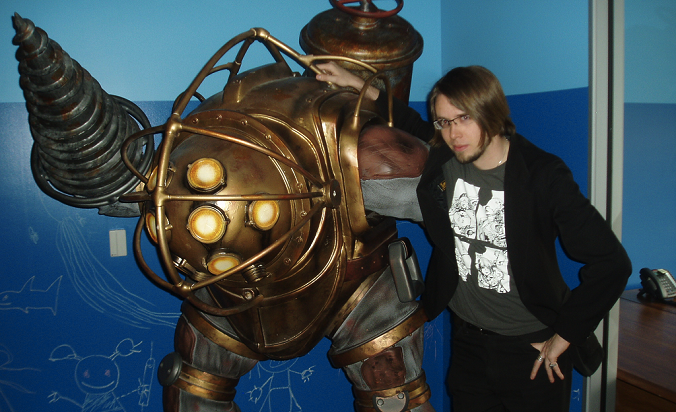 This is something we’ve known forever, but the creator of Gone Home drove the point home and perhaps put the nail in the coffin. Talking today about narrative design, Gaynor made a subtle, but piercing call.

In particular he was lamenting the fact that people who don’t play games but wanted to play his because of the more thoughtful subject matter were greeted with images of dudes with guns when they went to buy it on Steam.

“Downloading something on Steam is intimidating. Being a gamer has a stigma to it,” he said, pulling up a slide of the popular digital distribution platform’s male-power-fantasy-ridden front page. Not the kind of thing you expect to hear at an industry event like GDC, which has an insular communal vibe that games are changing the world or something.

In the past year we’ve seen more games that break away from traditional game subject matter than ever: Gone Home, Papers, Please, and The Stanley Parable, among many others. And those games should attract people besides traditional players. Yet the channels of access to them are as limited and gamer-centric as ever.

“We can draw in new, different audiences and show them why it matters. I think that’s worth fighting for,” Gaynor said.