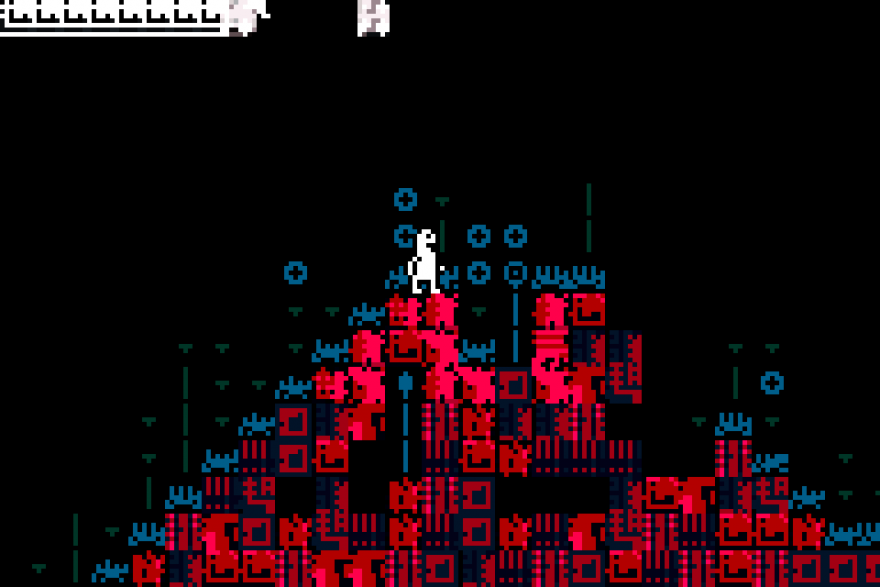 The message of the “Everyday” exhibition currently on display at La Mama Galleria, New York until December 10th is that “AIDS is EVERYDAY.” The art and ephemera produced for the gallery is all a reminder of this—that until there is a cure, and the infrastructure exists to distribute it to those who need it, there are people who must live with HIV and AIDS as part of their daily life.

Visual AIDS produced the exhibition, curated by Jean Carlomusto, Alexandra Juhasz and Hugh Ryan, who selected Babycastles to produce new, exclusive artworks. That involved pairing up various artists, including game maker and digital artist Loren Schmidt and HIV-born multidisciplinary artist Kia Labeija. Together, they created Goodnight Traffic City, which they describe as “a game about gardening and building a complex relationship with space.”

a “conversational approach to mechanics”

Meant to be played in “serial multiplayer” (as in: multiple players, who return to the game), the idea is for players to move freely across the rambling world of Goodnight Traffic City, finding seeds and various other items. “Players who choose to can cultivate gardens, chart the world, find and create transit networks,” Schmidt told me, adding “all or none of these.” By that she means that players aren’t forced towards doing anything in particular—there are no goals or even any fixed ideas of progression. It’s meant to be uncontrolled and exploratory.

But that’s not to say there isn’t any kind of push and pull in the game at all. Schmidt referred to what she calls a “conversational approach to mechanics” that encourages an interaction with the game’s world. “Traditionally, one is faced with skill tests and tasks, and action is incentivized by threat and reward in various currencies,” Schmidt said. “That wouldn’t have worked well for us here. We were trying to create a complex set of shades of grey, emotionally, so the moral simplicity of that kind of approach wouldn’t have been a good fit.”

It is exploration of the game’s 2D spaces and the flow of available resources that sit at the heart of Goodnight Traffic City. Each area in its world has its own distinct textures and offers up different types and numbers of seeds and items. But there is not necessarily any predictability to this. “At times it is beautiful, at times ugly, sometimes it hinders us and other times it is unexpectedly helpful,” Schmidt said. Here, she isn’t just describing the game’s world, but also what the relationship you build with it represents—the complexities of living with health issues.

While she didn’t confirm as much to me, the assumption is that the allegory is informed by Labeija’s own experiences living with HIV. The point of Goodnight Traffic City is to deviate from the usual narrative of living with illness and to introduce intricacies that are usually left out. This is typical of Labeija’s previous work in portraiture and performance. The description of Labeija’s work by Visual AIDS attests to this: “she stages digital portraits as theatrical and cinematic re-imaginings of non fictional events to spark conversation, complicating the way we view her subjects and the spaces in order to occupy.”

You can play Goodnight Traffic City until December 10th at the Everyday exhibition. A version of the game will be released to wider availability.

There will also be a tour with the curators and artists on Wednesday, December 7th, from 6-8 pm.