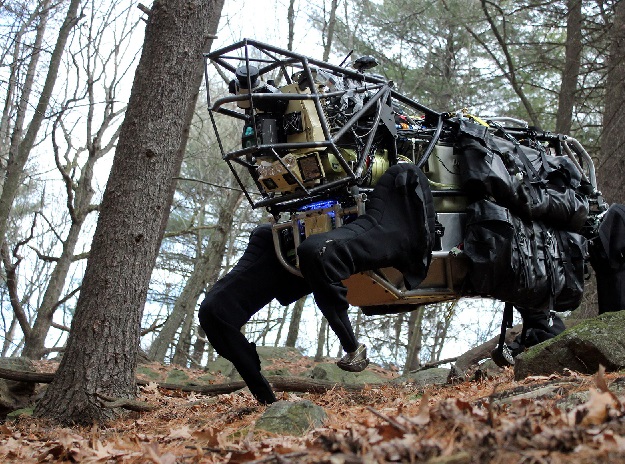 Google-owned engineering company, Boston Dynamics, has created BigDog, a four-legged all-terrain robot with eerily life-like movements, which will take on a featured role in the western sci-fi movie, Young Ones, written and directed by Jake Paltrow.

The film follows Earnest, played by Michael Shannon (Boardwalk Empire, Man of Steel), a widower struggling to protect his children and water supply on a ravaged and barren planet. When the family mule breaks its leg, Earnest has to find a replacement – enter BigDog, which aptly plays a “simulant” that can handle all sorts of terrain in its carrying duties.

Paltrow had intended to use the real BigDog in the film production, but complications such has BigDog’s distractingly loud combustion engine meant the crew had to settle with using replicas, mimes, and visual effects to recreate its likeness.

The machine is really a plastic and fiberglass torso, and we had these two performers in grey leotards, these two great parkour guys, who could run up the rocks and do a whole thing.

By incorporating a piece of real-world technology, Paltrow hopes that BigDog will add an extra touch of believability.

I think there’s a general feeling [that] authenticity seems to be the number-one quality for anything these days. Maybe that’s because it’s so easy to explore so many things now. I just think people’s bullshit detectors are much more fine-tuned now than they were when i was a kid.

Watch the Young Ones trailer here.

This post was originally written by Lin Qiu for PSFK.