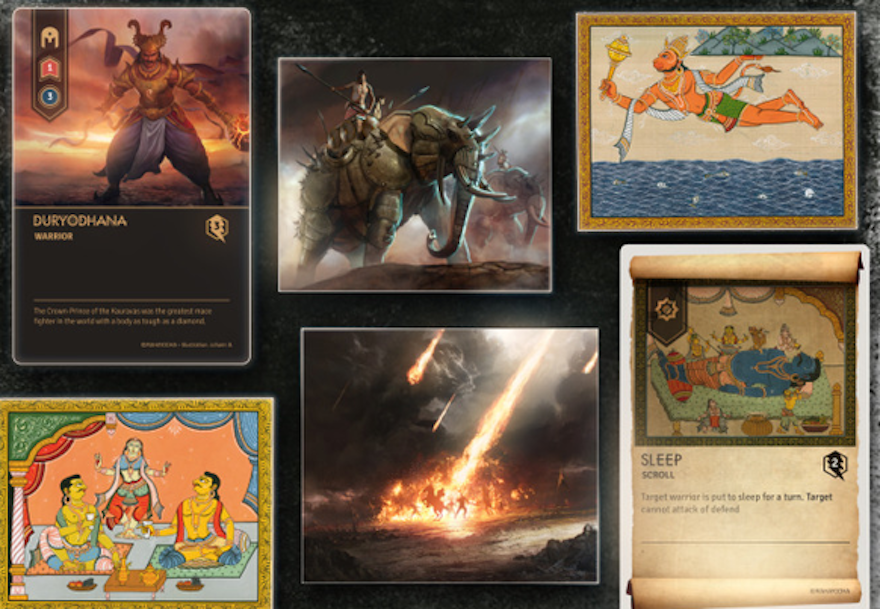 Maha Yodha is a card game fit for the gods, ancient Hindu gods to be precise. Not much is known about the nuts and bolts of this strategic, two-player, Hindi-themed deck, made by devs who hail from India, currently looking for funds on Kickstarter. But we do know it is pretty darn good-looking, featuring cards that depict traditional Indian art of deities, avatars, and the occasional stampeding elephants.

One thing that is of interest here, aside from the handsomeness of the deck, is how we’re starting to see games carrying the torch for folklore and mythology into the digital era, like the past week’s prevalence of Inuit games. This is great not only for the sake of cultural preservation, but also because hopefully games can glean new ideas from lore that lies outside the Grecian/Eastern European/Nordic sphere of influence, which has ruled the roost since the days of D&D.

Check out the pitch below.