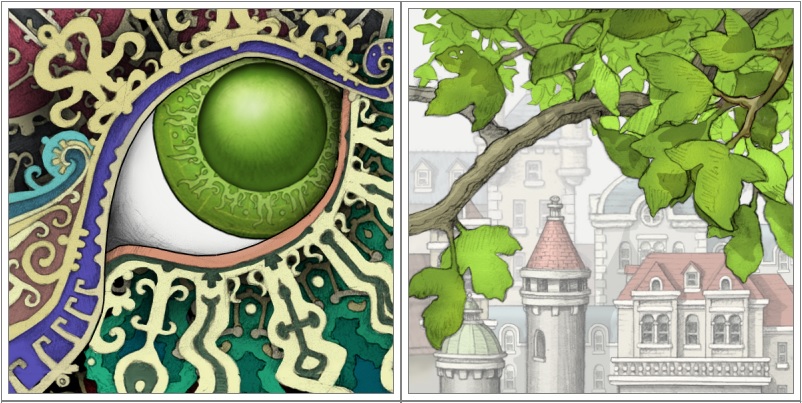 It’s good news time: two of Kill Screen‘s most anticipated games have signed up to a new publisher and have been confirmed for arrival in spring 2017. Those games are the visual-art puzzle game Gorogoa and the haunting short story collection What Remains of Edith Finch.

More on those two games in a sec, but first, who is this new publisher? It’s called Annapurna Interactive, a new division of the Hollywood-based production company Annapurna Pictures—who are behind films like Her (2013), Zero Dark Thirty (2012), and this year’s Sausage Party—which will be dedicated to producing and publishing videogames. We’re told that Annapurna Interactive’s focus will be to collaborate on “personal, emotional, and original games that push the boundaries of interactive content and encourage artists to bring new visions to the medium.”

These first two videogame sign-ups would certainly attest to that. But just to bring the point home, Annapurna Interactive has also revealed that it will be working with Funomena—the current home of Katamari Damacy (2004) creator Keita Takahashi—and Mountains, a studio that was recently founded by Ken Wong, the lead designer on mobile game wonder Monument Valley (2014).

No names have been issued as to who is on the team at Annapurna Interactive but we do know it includes people who have worked on Journey (2012), God of War, Mortal Kombat, Everybody’s Gone to the Rapture (2015), Flower (2009), and Fat Princess (2009). A decent mix, and having people who previously showed up at thatgamecompany and The Chinese Room once again supporting the studio’s mission.

Now, on to giving you a brief on those first two Annapurna Interactive signings, if you’re not already familiar with them. Gorogoa is a hand-illustrated puzzle game by visual artist Jason Roberts. It splits the screen up into a grid comprised of tiles that each act as windows into the game’s fantastic world. Led by your curiosity and intuition, the idea is to rearrange these tiles by moving them next to or on top of each other. However, you can also enter these tiles to affect the illustrated worlds inside, playing with simple and joyful interactions. To progress, you’ll need to not only arrange the composition of each individual tile but to discover the connections between them. Gorogoa was previously slated for PC, iOS, and Android but is only listed for PC and iOS on Annapurna Interactive’s website.

What Remains of Edith Finch, on the other hand, is the next game from Giant Sparrow, whose first game The Unfinished Swan (2012) you may have played. Played from the first-person perspective, you follow the titular Edith Finch as she goes back through her family history to find out why she’s the last Finch alive. The stories range from the 1900s up until present day and are said to be as varied as the eccentric characters themselves. Each story ends with that character’s death and, together, aim to capture what it’s like to be “humbled and astonished by the vast and unknowable world around us.” Annapurna Interactive has listed What Remains of Edith Finch for PlayStation 4 and PC.

You can find out more about Annapurna Interactive and the games under its wing on its website.